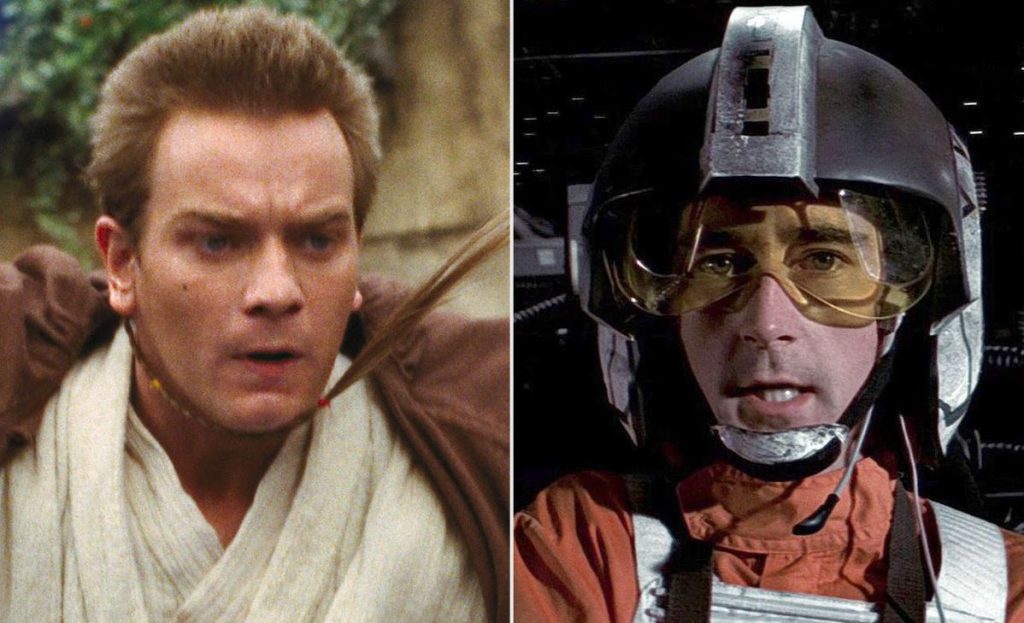 In a PEOPLE exclusive clip Sunday TODAY with Willie Geist, McGregor told host Willie Geist he had always admired his uncle. His uncle, Denis Lawson was who he called a “hero” to him growing up. In fact one of the first times he remembers seeing him onscreen was for his role as Wedge Antilles in Star Wars.

One of the things that go hand in hand with the Star Wars fandom is the fact that even a minor role can get you a massive following. That was true with Ewan McGregor’s uncle Dennis Lawson who played only a minor role as a pilot in the original series. And it quite annoyed him. He said for only a few weeks worth of work the instant fans weren’t worth the headache and he warned McGregor that taking the role of Obi-Wan would be life changing, but not in a good way. Fortunately for McGregor it was much different for him after playing Obi-Wan. He enjoys the fans and he likes being part of something this meaningful.

“I’m so glad I did because it was so interesting to be part of that,” McGregor said.

It makes sense for his uncle to have been skeptical. When the original series came out no one knew it would blow up the way it did. His experience was being filmed playing around in a cardboard ship, so he probably couldn’t take it that seriously. But what is one way for one person is completely different for the next and now we have McGregor who has not only played Obi-Wan in the Prequels but will play him in the Disney Plus series.

Though it’s true that they have put off production for the series that is because they want to get it just right for the fans. Besides all that really means is that they sent home the people who were going to start constructing the sets. That doesn’t mean that filming will be pushed back.