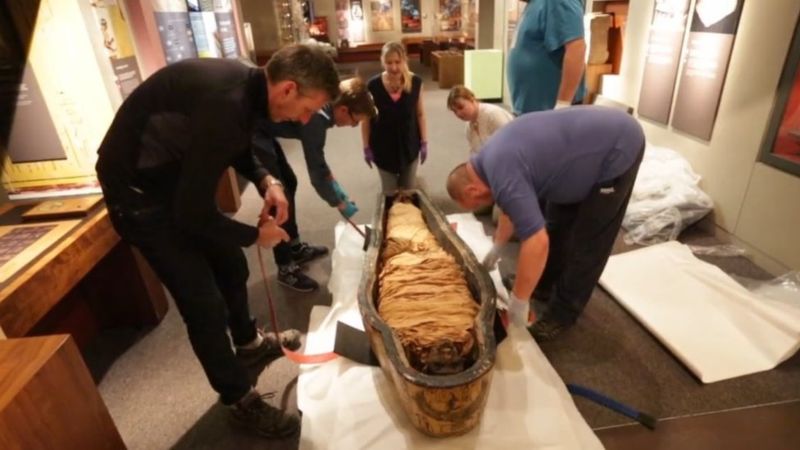 Scientists from the University of London, Royal Holloway and the University of York and Leeds Museum have successfully recreated the voice of someone long dead. They used a special voice recreation technique that was only possible due to the amazing condition the mummy was in. This mummy was Nesyamun who was a priest at the temple of Amun in the Karnak complex at Thebes. He lived during the time of Pharaoh Ramses XI between 1099 and 1069BC.

So how exactly did they do it? 3d scans of the vocal tract were replicated and an aritficial larynx was put in place. They recreated a vowel sound that he would have made while giving sermons during the time he was alive.

In the future they are going to attempt to recreate full sentences in Nesyamun’s voice, but for now the vowel sound was established as the first step. On his coffin it said that that Nesyamun had inscribed that he wanted to be “heard in the afterlife” so by conducting this experiment he’s been fulfilled that one wish.

This was only possible due to the great condition that his vocal tract was in. During the mummification process they were able to keep his body preserved enough for this to be done 3,000 years later.

What’s eerie is that with this technology we may be able to even have dead people sing songs and speak to people. Of course it would be computer generated but the thought of hearing a long gone loved one speak is pretty appealing.