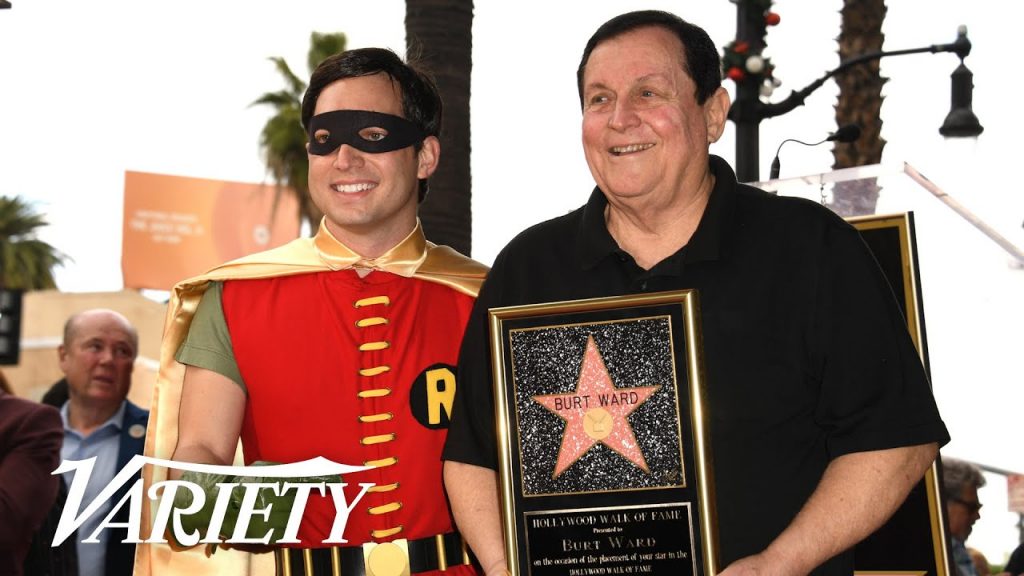 I recently wrote about how Burt Ward was going to be honored with a star on the Hollywood Walk of Fame. And it makes me so happy to know that he will be honored with so many of the greats of the past. Eartha kitt, Cesar Romero, and Adam West to name a few of the 1960’s Batman. They’ve all been honored with a Hollywood Star on the Walk of Fame. Today Burt Ward received his star, and wouldn’t you know it he receives it right alongside with the late and great Adam West.

Burt Ward mentioned that he had longed to be an actor and when the opportunity came up for him to try out to be the caped crusaders sidekick he jumped at the offer. Little did he know that that small role would impact his life so much. And also he received a friendship of a lifetime with Adam West.

“This little boy that grew up in this town, that daydreamed every single day when the other kids were out playing with friends and I was by myself, all I wanted to be was a superhero,” Ward said. “I got it!”

Adam West’s character Bruce Wayne / Batman was the center of the attention during the show and had a bigger fan base, but Burt mentioned that the Robin has his own cult following as well.

“So many kids relate to Robin more than Batman,” Ward told Eyewitness News. “They knew they could ride in the Batmobile, they could fight with Batman, they could climb the walls, they could do all things that Batman did and yet still be a kid.”

Congratulations Burt! As someone who’s a big fan of Batman since I was a small child I thank you so much for contributing to this fandom.