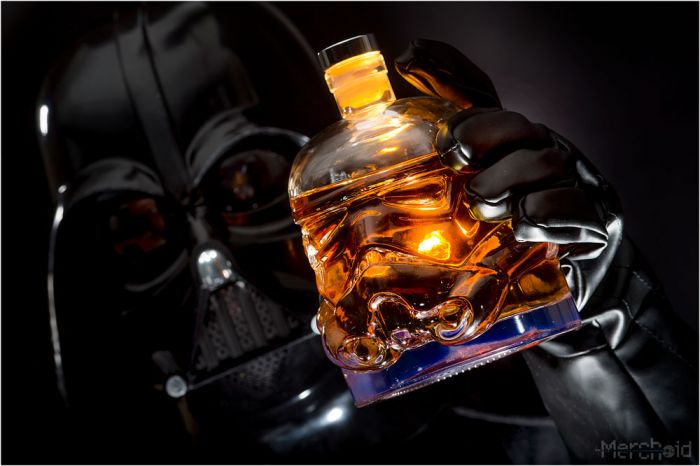 If it’s been one of those days and you just need a drink then this decanter is probably the coolest way to do it. You know the days I’m talking about. The days when those rebels just wont stop, the days the Empire is watching your every move, and the days you can’t seem to do anything right. Or maybe you had a great day and just want to show off your cool new glass in front of some friends.

Store liqueur, decant wine and serve beverages. This stylish, high quality decanter is the perfect gift for any Stormtrooper enthusiasts. In 1976 prop maker Andrew Ainsworth of Shepperton Design Studios created the original Stormtrooper helmets and armour for the first movie. These products are based on the original moulds Andrew produced, as close as it is possible to get to the original film props. Accept no compromises!

Meat Yo’ Self with Official Oscar Mayer Face Masks

You can order this decanter on Merchoid.com. It’s selling for just $34.99 and it holds 25 ounces of liquor. It measures at 17cm tall and 11cm wide and has a cork to seal it.