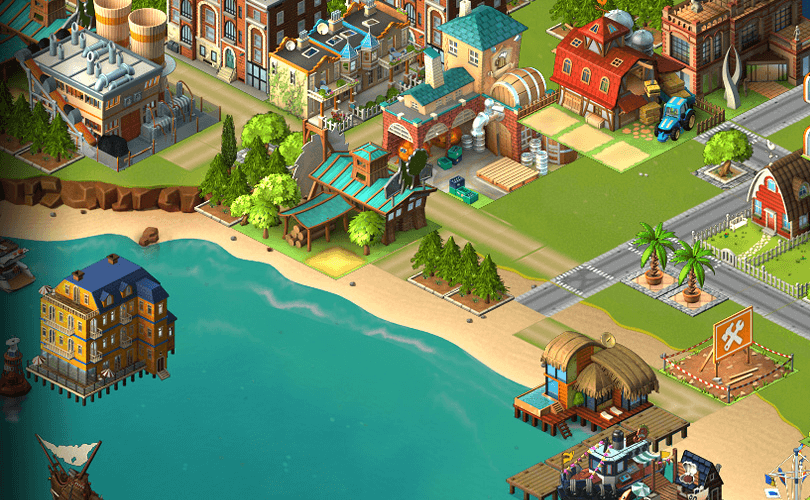 Few online entertainment avenues have kept lock-step with technological developments as browser games. Since the early days of dial-up internet, these systems have followed advancement into faster internet speeds, more powerful computers, and mobile devices, to name a few.

This creates an interesting system where many changes in the greater technological landscape are seen within the browser gaming world. Here we want to take a look at some of the most influential steps and changes the online tech world has seen, and how browser games have mirrored this evolution.

What do we mean by Browser Gaming?

Browser gaming refers to the type of gaming which is performed directly within an internet browser. Any of our older readers out there might remember the likes of Stickdeath games back in the early 2000s, as a common example. Today, some of the more popular types of these games can be found on Facebook, such as Bejewelled and Candy Crush.

In simple terms, these are the games that can run directly from an internet browser like Chrome, Firefox, Internet Explorer, or Safari. This is possible because of related technologies such as Java or Flash which hook into a browser, extending a browser’s possibilities and, if possible, allowing a more direct form of access to a system’s graphics processing components.

In the early days of the internet, when getting online was necessarily proceeded by the modem screaming at you, speeds were a minuscule fraction of what they are today.

According to current surveys, the average internet speed of today sits at around 7.2Mbps. At this rate, it would take just shy of 20 minutes to download a gigabyte of data, and one megabyte of data could be transmitted in under 2 seconds. Compare this back to 1999, where the average person was running off a 56K modem connection.

At 56.6 Kbps, a dialup modem such as this would take over 42 hours to complete a one-gigabyte download. Even downloading a single megabyte would take two and a half minutes under perfect conditions.

Understanding this, extremely simple flash games became popular based on their ability to deliver addictive gameplay even within a very simple world. This was born out of sheer necessity, to appeal to both download limits and limits of browser capabilities. If you remember the game Flappy Birds or the still popular Angry Birds, it might surprise you to learn that these are effectively direct rip-offs of earlier flash games like Helicopter and Crush the Castle.

As social media became ubiquitous, the player began to clamor for games that could take advantage of these platforms’ social connectivity. This gave the rise to a new tide of social browser games, popularly illustrated by Farmville.

Simple in nature, and borrowing heavily from established series such as Harvest Moon, these none-the-less raised the bar of what could be accomplished with systems that were otherwise considered confined and mostly self-contained. That is not to say they invented multiplayer browser gaming, far from it, but alongside early efforts like RuneScape, they helped popularise this form of social browser gaming.

Combined with slowly increasing internet and general hardware speeds, these two aspects combined into a gradual evolution within browser games which we still see today.

Moving into the Mobiles

One of the more profound changes which we have seen in browser gaming has only come about fairly recently. This comes from the growth of mobile browser gaming.

We don’t have to tell you that gaming has been popular on mobiles since even before the smartphone, but the nature of mobile systems kept browser games a rarity. Instead, separate and downloadable apps were the name of the game, still being a major component to this day.

The advent and popularity of HTML5 and related technologies, however, allowed a step up with browser gaming on mobiles like never before. All of a sudden the sort of games which had been possible on desktops and laptops for years became playable on mobiles, and many of these were far better poised to take advantage of new technology than their predecessors.

Some of the best illustrations of this can be found in online casinos and if you click here you’ll find an example. While initially relying on desktops or downloads, now games like roulette in all its forms could be played easily from a standard mobile phone webpage connection. In cases like this, the opportunities for download play still exists for those who prefer it, or for those with more limited phones, but this expansion of access possibilities has been nothing short of ground-breaking.

The only question from this point is where does browser gaming go from here, and where is left to go? In some cases, even full games like Quake 3, Doom, and a wide variety of old PC and emulated games can be played from the browser, and this could still develop further. With software connectivity becoming so much improved over the last few years, it wouldn’t surprise us to see browsers play an even bigger part.

That said, we couldn’t predict what this arena would look like a decade ago, so guessing where we’ll be in another ten years is probably a fools’ errand.

*Cover Image is from Rising Cities.