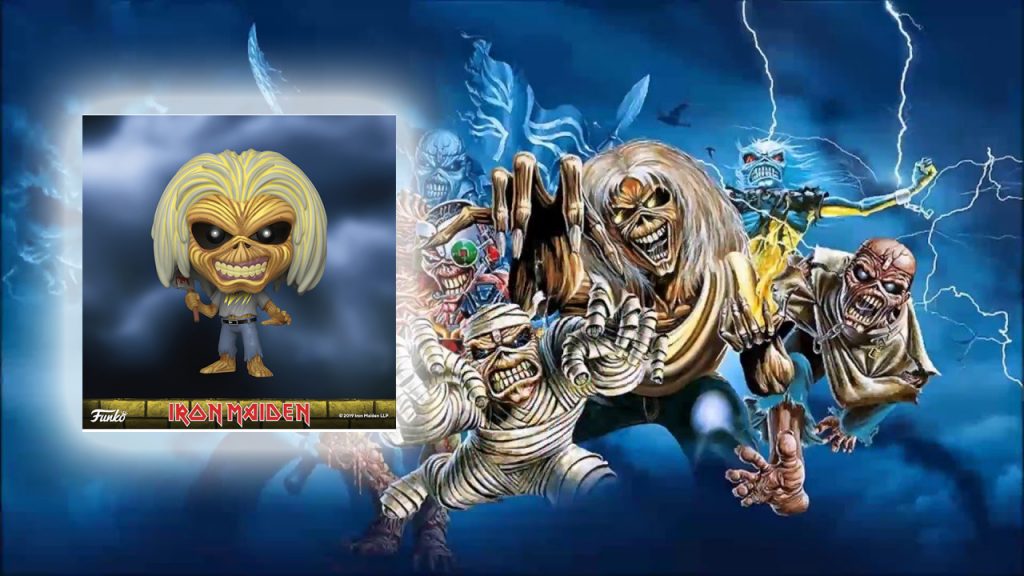 With the holiday season upon us, there is one gift you can get just about anyone that will put a smile on their face…

An obvious answer would be a briefcase full of cash but unfortunately that is pretty hard to come by but I’m actually referring to those wonderful six inch pieces of plastic sitting on desks and bookcases across America, Funko Pop! figures.

Believe me, these days you can buy a Funko Pop! from just about every form of entertainment you can muster in your mind. Marvel superheroes, anime characters, hell even Tom Brady has one. And now the Funko folks are starting to roll out lines of figures inspired by various elements of the music industry. Next on the docket… Iron Maiden.

A blog post on Funko.com revealed an upcoming edition to the Funko Fleet in the form of the infamous Eddie that’s featured on many pieces of Maiden memorabilia. And just when your heavy heart starts headbanging, know there will be not just one, but four different versions of the metal mascot.

Four Eddies fit for the former or current rocker in your life.

No specific release date is mentioned on Funko’s blog, only a simple “Coming Soon” with an exclamation point but you can follow their Twitter or just head to the nearest Hot Topic and see if you get lucky.

Who should the next line of Pops! be inspired by? Let Nerdbot know in the comments!!