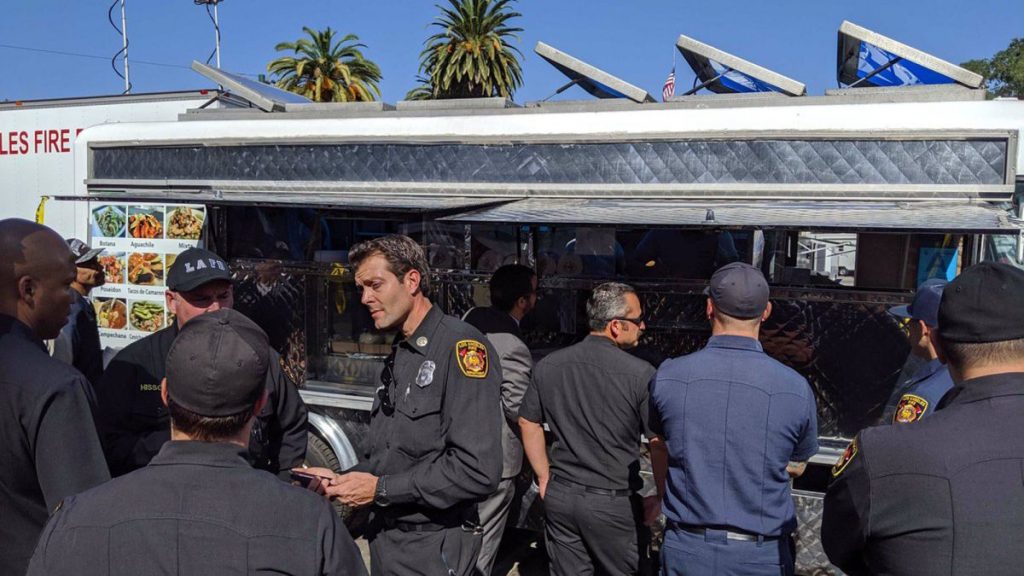 Turns out I’m not the only Northeast Ohio to Los Angeles transplant who’s learning more and more about how intense “Fire Season” us here in California. As most of the country sips apple cider and looks at leaves during their yearly autumn asphyxiation, parts of the state are burning like King’s Landing in the second to last episode of Game Of Thrones.

Being that this is the Golden Stare you can easily expect three things; 1) these fires are going to be massive! Not some measly flames you’d use to roast a single hot dog. I mean fires so large they could cook every frank Dodger Stadium has ever sold in a matter of seconds. 2) It’s going to take lots, and I’m talking a veritable truck load of work to extinguish these fires. Right now there are many of LA’s finest firefighters risking their lives to insure the safety of the city’s residents. Hashtag there goes my hero. 3) Given that Hollywood isn’t too far away, it’s pretty much guaranteed that a few celebrities would be evacuated from their homes.

Which brings me to Lebron James, the basketball mega-star and future media mogul, Lebron James. He evacuated his Brentwood home this past Monday along with thousands of others in the area.

A later Tweet established that James made it to safely. And thank God, he’s got a sequel to Space Jam to finish.

But for the King, simple tweets are definitely not enough. As KTLA.com reported on October 29th, Lebron demonstrated his unmeasurable kindness slash generosity by sending the Mariscos Jalisco Taco Truck to help feed the hungry firefighters as they continue to battle their inflamed foe.

California’s Governor Gavin Newsom and LA Mayor Eric Garcetti also took to Twitter to show their appreciation to the King.

As of this writing the Getty Fire is still smoking up the Sepulveda Pass and go figure, another one started in Simi Valley. Thousands of lives have already been impacted and thousands more are on needles and pins as the LA area waits for this fire to reach its conclusion.

We here at Nerdbot wish those whose lives have been ruined, inconvenienced, or whatever because of these disasters, the absolute best.

How are you surviving the Fires? Let Nerdbot know in the comments!!