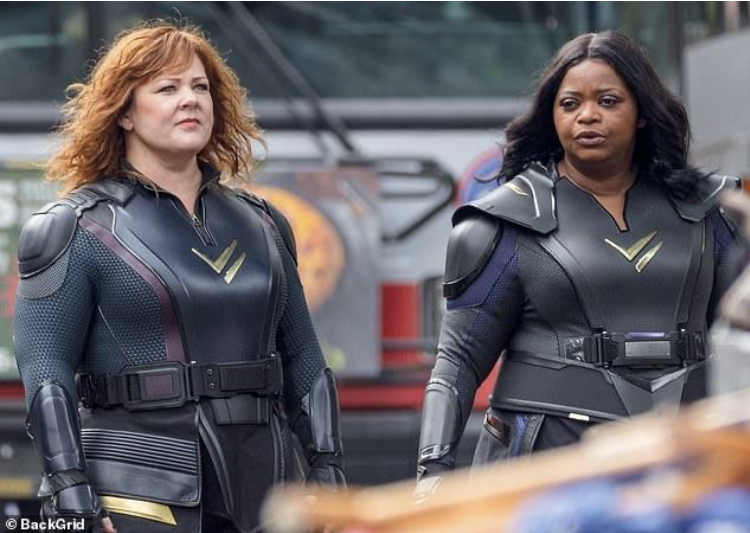 Netflix is back in the superhero game. But no, I’m not here to talk about the next season of The Umbrella Academy. Hashtag Can’t Wait.

Netflix is currently in Atlanta shooting a Ben Falcone directed superhero movie called Thunder Force that stars Melissa McCarthy and Octavia Spencer. So what and who is the Thunder Force? When you go to IMDB the summary of the project actually says “plot kept under wraps” and unfortunately little information has been made public. Even TheDailyMail published a basic one sentence tag which I will paraphrase as “two women get superpowers that “ushers” them to a higher calling.”

To put it in non-British English; “two women get superpowers and use them.” Let’s hope the movie offers more that just energy rays, explosions, and the defeat of evil.

For now, a couple set photos leaked online of the leads in what I’m assuming is their superhero costumes slash battle armor.

The movie also stars Pom Klementieff who is the wonderfully charming Mantis in the Marvel Cinematic Universe. I’m sure as the production continues we’ll have more details to report on, including the film’s release date which is still unknown.

If you do IMBD Thunder Force and click on Ben Falcone, you’ll notice that he’s worked with Melissa McCarthy a bunch in the past. Well… that’s because they are married.

Thunder Force will be the fourth time they’ve paired up with Falcone in the director’s chair.

What do you think Thunder Force will be about? Let Nerdbot know in the comments!!