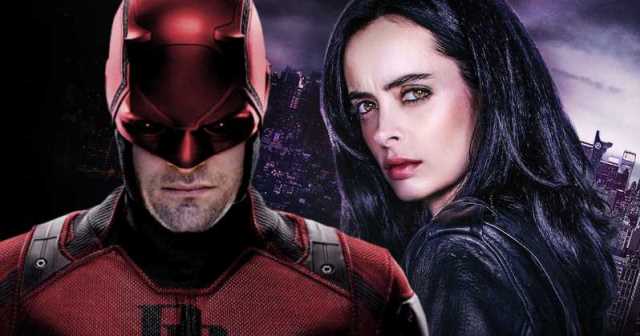 DAREDEVIL and JESSICA JONES Might Have A Return Via The MCU

It was a major let down when Netflix had canceled all of the Marvel shows such as Daredevil, Jessica Jones, Iron Fist, Luke Cage, and The Punisher. However, there is a rumor going around that may bring the light back to some of our eyes.

According to MCU Cosmic, “someone very important” at Marvel Studios was a huge fan of Daredevil and Jessica Jones, “so at the very least it sounds like the characters will live on in the MCU.”

The report continues: “those characters might (once the moratorium is up and Marvel can use them again) appear in future MCU movies or series. That’s without rebooting them, which means it’s possible that Charlie Cox and Krysten Ritter could continue in the roles.”

Wouldn’t it be amazing to see them return to their roles? Although getting new actors wouldn’t be too bad as long as they are cast with the characters in mind. Personally, I would just love having the characters back on screen in general.

It’s also specifically pointed out that there’s no information on what might happen with Punisher or any of the characters in Agents of S.H.I.E.L.D. Which means that there is a possibility of hope but they weren’t noted.

The “very important” person at Marvel Studios is most likely Kevin Feige. Who was recently promoted to Chief Creative Officer over all Marvel. It is he that will be overseeing the future of the live-action TV shows.

What do you think of this news? Are you happy for the possible return of these two characters? Let us know in the comments!