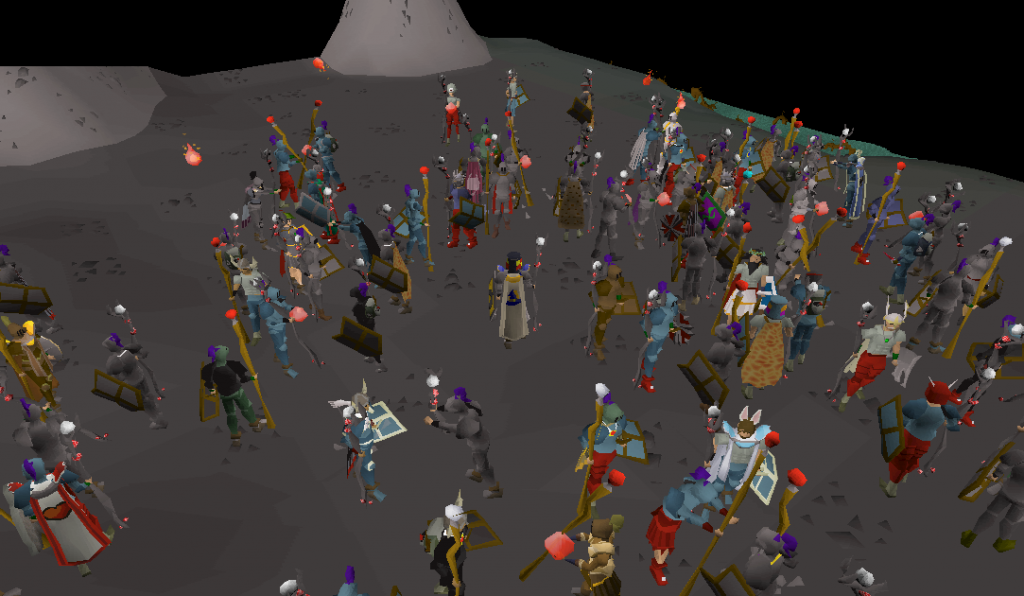 How to Splash in Old School Runescape

One of the first things I remember back in my days as a newb is people kneeling by the pond, sifting with nets as if they were searching for gold. Second thing that stuck to my mind were these strange knights with staves attacking rats in Lumbridge castle. To me that looked a bit funny, since I didn’t realize what they were actually doing. Now I know – they were in the middle of a magic experience farming process known as “splashing”. I’ve learned what an incredible way this was to level up magic and those strange knights don’t look neither strange, nor funny to me anymore. Let’s delve into this, shall we?

As mentioned earlier, splashing is a magic training method. It’s called so due to the animation looking like, well, water splashing. The essence of this method lies in NOT hitting your enemy. The way magic experience gain works is that you gain magic experience depending on the spell you cast, rather than dealing raw damage as it is with melee experience. Splashing, however, provides experience at a heavily reduced rate. Why even bother then, you ask? Well, splashing can be done AFK. You start splashing and go about your other business. This actually is one of many AFK activities, you can check out more at probemas! But how exactly is this method executed?

In order to miss all your magic attacks you need to reduce your magic attack stat to -65. Any runescaper worth their salt will tell you that plate armor reduces your magic bonus (and that plate works as a conductor for magic attacks, therefore mages deal increased damage to melee players). Any plate armor works, be it bronze, black or rune. However, wearing plate is not enough and you will still be able to hit those little rats in Lumbridge. In order to reduce your magic attack stat even further you need to equip either any kind of dragonhide vambraces or wield a cursed goblin staff. Dragonhide vambraces require ranged level to equip them, the lowest being green dragonhide vambraces with requirement of level 40 range. Cursed goblin staff, on the other hand, has no requirements, but it will cost you more runes, since you will not be using an elemental staff, which provides 1 type of rune for free.

The general rule of thumb when picking a target is this: the target has to deal no damage to you or little enough so that your HP regenerates and players must be unable to interact with it. The entry level NPC’s are rats and men in Lumbridge. These are a bit problematic though, since men can be pickpocketed by players and rats can be caught be cats. Both actions interrupt your splashing. At higher levels you can pick other targets, if you have good enough equipment. Chickens in Lumbridge is one good example. You may also be able to locate them with a certain Runescape Mod.

How to Use SplashingYou have your full plate. You have your dragonhide vambraces or cursed goblin staff. Now you need to pick a strike spell you are going to use. They all work the same, however, rune prices might differ and if you have chosen to go with vambraces, you want to pick a staff which will work as the most expensive runes. Once you have all the runes you need, start splashing on your target and make sure you leave auto-retaliate on. This is essential. The experience gains are:

Other spells in the same tier provide the same amount of XP.
That’s it, now all you need to do is click somewhere on the client or move your camera every 15 minutes or so, otherwise you will be disconnected. This time interval is a lot shorter from the 6 hours back in the golden era of splashing which ended in 2015 when Jagex released a secret update. The update was released due to the fact that a lot of players were upset with this method and felt like it was basically cheating. However, Jagex felt that splashing was a part of Old School experience and therefore only imposed a restriction, rather than removing it completely.