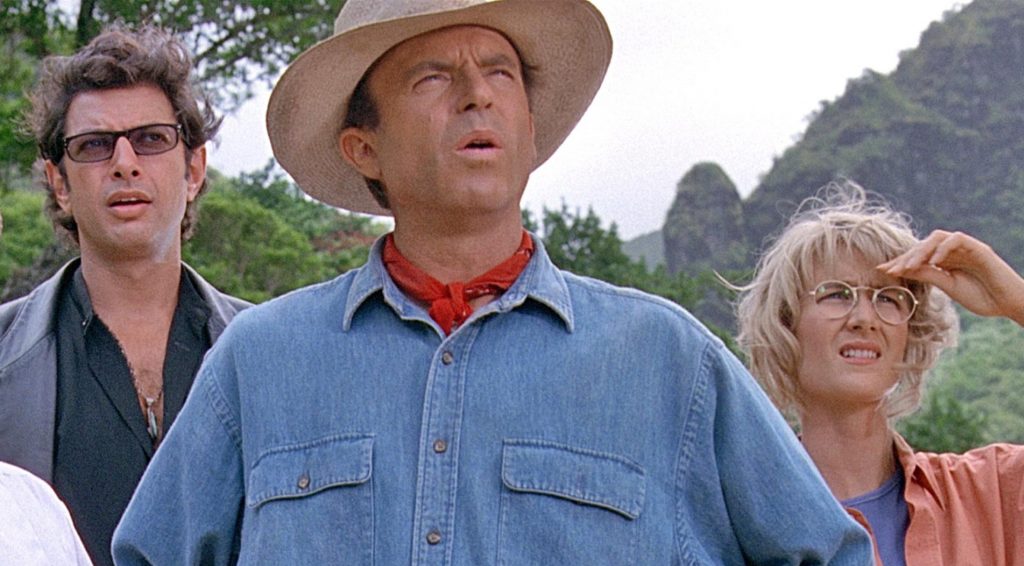 Laura Dern, Sam Neill and living God Jeff Goldblum are all returning to star alongside Chris Pratt and Bryce Dallas Howard for Jurassic World 3. Deadline states that Colin Trevorrow will also be back to direct and that production starts in the beginning months of next year.

The news was announced last night at a screening of Battle at Big Rock which is an 8 minute film directed by Trevorrow. It featured dinosaurs running amuck after escaping into the real world. Dern will reprise her role as Dr. Ellie Sattler and Neill will be playing Dr. Alan Grant, both of whom we last saw in Jurassic Park III. Goldblum will again play Ian Malcom who has been in The Lost World: Jurassic Park as well as Jurassic World: Fallen Kingdom.

Since the last Jurrassic World movie ended with the dinosaurs finding their way off the island it’s possible that this is where that film will take place. Hopefully along the lines of We’re Back, A Dinosaur Story. Just kidding on that last part though if you haven’t seen it I do recommend it. It was basically the kids version of Jurassic Park that came out around the same time as the first film. Also directed by Steven Speilberg.