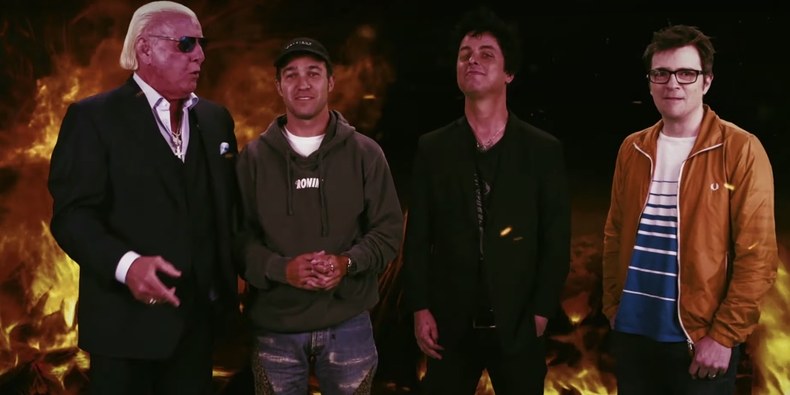 If you’re looking for what could quite possibly be the biggest shot of 90’s to 2000’s nostalgic alternative rock bliss, there’s a good chance it will be coming to a city near you next year.

Well exactly how big a nostalgia shot are we talking here? I’d say a Hella Mega one!

Yes, the forces of Green Day, Fall Out Boy, and Weezer, will hit the road for a “Hella Mega” stadium tour in the summer of 2020.

Should I make a Woo-Hoo joke? Nah… too easy.

Along with Flair came the Meta-Unicorn who shoots rainbows out of his nose.

I don’t know what the hell is going on in that poster but I absolutely love it.

Check out all the dates below!

What is interesting to note is all three acts announced new releases, on the same day. Green Day will drop Father Of All Mother$$$kers on February 7th, 2020. Weezer debuts Van Weezer in May. Then Fall Out Boy will have a Greatest Hits Album sometime in the future as well.

Check you Green Day’s new track “Father Of All” below!

Tickets are on sale next week with Pre-Sales starting Monday 9/16/19.

Are you going to catch the Hella-Mega Tour? Let Nerdbot know in the comments!!