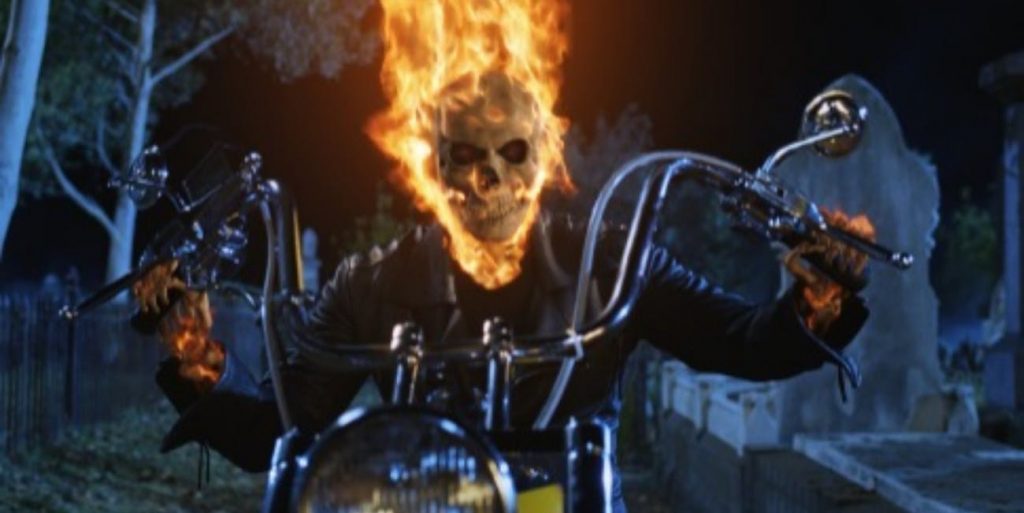 Ghost Rider makes another appearance in this latest trailer that Marvel recently released.  It reveals more information to the fans about the new comic book series for the character. The trailer features writer Ed Brisson and artist Aaron Kuder as they talk through it.

The new series will follow brothers Johnny Blaze and Danny Ketch as they assume new roles and face new challenges.  In the trailer, it is shown that Johnny is now the king of hell, while Danny becomes a bar owner.

Although the newer version of Ghost Rider (Robbie Reyes) has gained a lot of popularity, this new series has decided to focus on “old school” principles.  This will add a lot of perspective in showing Johnny and Danny’s side of the story, while the Robbie Reyes version works on a news series for Hulu.

The Spirit of Vengeance has assumed many roles, and it will be exciting to see how this new series will reshape the tale of this epic character. Marvel announced that this new series would debut on October 2nd. There’s only a few more weeks until we get to see what Ed Brisson and Aaron Kuder have in store for us.

A new comic book series is coming out for Ghost Rider, and I am thrilled. I feel that this character is an underdog anti-hero/superhero, and I hope this series will help boost his popularity.  When I first saw the Robbie Reyes version of Ghost Rider on Marvel’s Agents of Shield, I was pulled in. He’s a super cool character with a complicated and twisted past which really drew me in. Along with the new series on Hulu, the character can soon be admired by his fans in two new, exciting ways.

Are you excited for the upcoming Ghost Rider series?  Let us know in the comments!