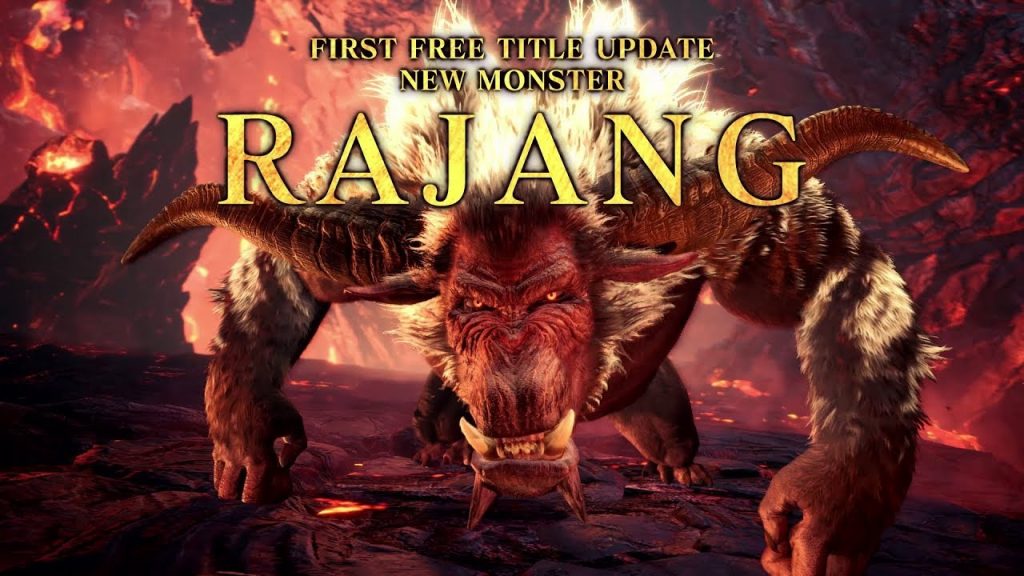 Monster Hunter World: Iceborne is almost here and fans everywhere can barely contain their excitement. The newest expansion to the smash-hit title offers hunters a new snowy landscape called Hoarfrost Reach. Here hunters will challenge new monsters like the antlered Banbaro and the majestically terrifying elder dragon Velkhana. Additionally, many familiar faces are joining the roster to give veteran fans something to celebrate. Nargacuga, Tigrex, Glavenus, and Brachydios are just a few of the returning beasts to look forward to challenging. In a video posted earlier this morning, fans discovered another familiar face who will be appearing in Iceborne– Rajang.

Rajang is a super aggressive ape-like beast who will give any hunter a challenging fight. He can emit lightning bolts from his mouth and pound down any hunter with his impressive strength. Once he gets angry enough, he activates his rage mode in which his fur turns golden. This mode makes him faster, stronger and all around more menacing than he already is for hunters. Rajang’s previous appearances to the franchise were Monster Hunter 2 and Monster Hunter Freedom 2.

In this newest video, we discover that Rajang will be joining the Iceborne roster as its first free post-launch DLC monster. The short trailer shows off Rajang’s terrifying roars and significant stature. It also hints at his rage form by showing a clip of his fur turning golden. The video ends with a promise of Rajang joining the expansion in October. Monster Hunter World: Iceborne will be available on September 6, meaning hunters only have to wait about a month to face their favorite angry ape. So until then, you may want to stock up on supplies to ensure you are ready to face him.