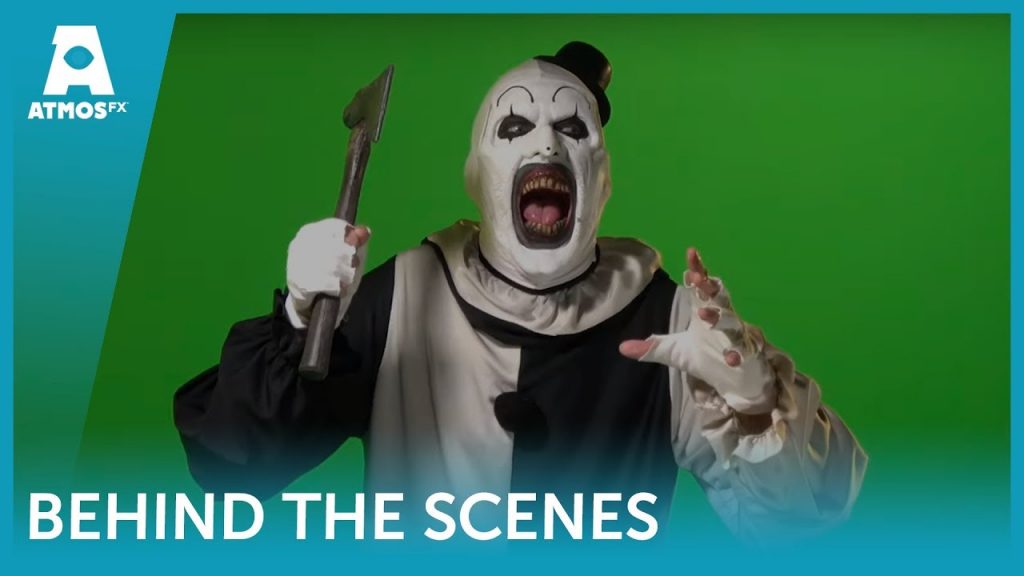 AtmosFX Is Clowning Around With New 2019 Halloween Projections

AtmosFX has started to roll out their new 2019 Halloween projections, and their latest collection is Creepy Clowns. For those that don’t know AtmosFX is that creepy projections you see in your neighbors windows on Halloween. For Haunters who do a Carnevil theme or for those that just like scary clowns this trio of clowns will be right up their alley.

The success of the remake of It in 2017 made Pennywise, and by extension, other clowns, a popular costume, and with the upcoming release of It Chapter 2 clowns will no doubt be big again this year. Of course, the haunted/creepy carnival has been a long-standing theme for some Haunts and home decorators even before the recent films.

AtmosFX offers 3 different creepy clowns (Terrifier, Jester, and Creepster) to choose from. Unsurprisingly, a scene with a red balloon appears with all three clowns. The clowns appear with or without a stripey background. The projections have versions for window, TV, wall, doorway, and hollusion projections. Sadly, no 3D form version since they have too much motion (maybe next year).

“Terrifier” features Art the Clown from the films All Hallows’ Eve (2013) and Terrifier (2017). There are 5 scenes with the black-and-white clad mime-like clown. (What’s worse than a killer clown? A killer clown who is a mime!) In addition to the red balloon, Art also uses a trash bag of toys, a squeaky horn, and a bloody knife as props; he also rides a tricycle.

“Creepster” is a balding, blue-haired clown dressed in a dirty yellow outfit. He interacts with not just one red balloon but a bunch. He performs some high-stepping dances, plays with a flame-throwing seltzer bottle and a stick of dynamite, and jumps out of a jack-in-the-box. He also rides a tricycle. His startle scares include a large head popping out at you.

“Jester” is the female clown, who has long red hair in pony tails and a stripey mismatched outfit. She does cartwheels and interacts with not just one red one but a number of balloons in different colors. Jester also has a scene with an over-sized jack-in-the-box as well as the obligatory tricycle ride. She also wields a large clown hammer.

I don’t do the Carnevil or clowns (my house isn’t big enough for any more themes!) but if I had to pick I guess I would go with the murderously happy Jester, although Creepster has some scary scenes.

AtmosFX has posted a behind-the-scenes look at the filming of the scenes, as well as an interview with the director and actor for Art the Clown.

“Creepy Clowns” is the second set of videos AtmosFX has released for the 2019 Halloween season. The first release was “Halloween Moon”, a sort-of mashup of last years Halloween “Sinister Shadows” and Christmas’ “Santa’s Sleigh Ride”. A large full moon is a background for most of the “Halloween Moon” scenes, coupled with silhouettes of a crow in a tree, a howling wolf, a witch riding her broom, a sinister scarecrow, bats, or spiders. The moon itself comes alive in the “Pumpkin Moon” set of scenes. (This is the one I have an eye on. That moon might look nice with my Sally and Jack Skellington props. Or the cat or flying witch might add to my witch setup) In addition to window, TV, wall, and hollusion modes, the “Halloween Moon” decorations also include a pumpkin prop mode; the orange background on this mode can help you set up a projection on a pumpkin similar to the singing pumpkin type effects.

So if you want to take your Halloween decorations to the next level, maybe browse the offerings at the AtmosFX site.

(Now if only we could get some spooky pirates)