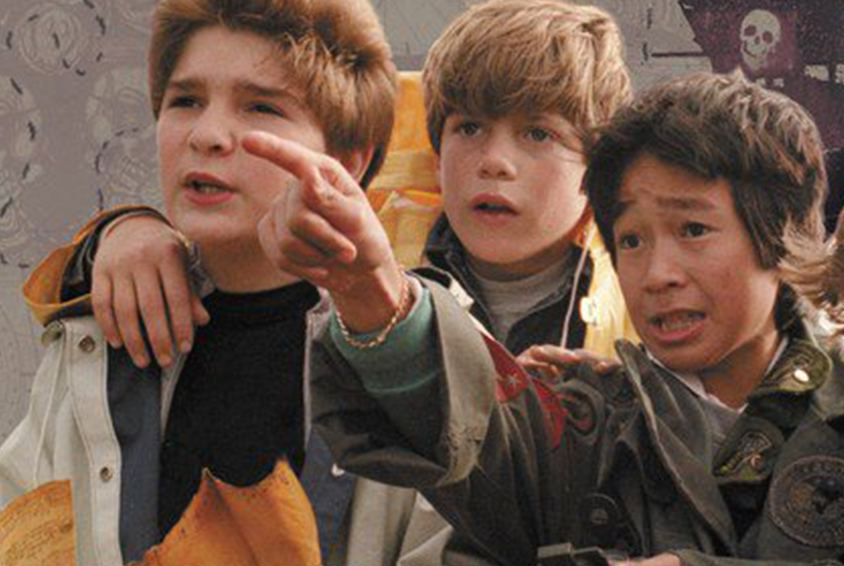 “The Goonies” Stars Really Want a Sequel, SO DO FANS!

A sequel for “The Goonies” has been said to be in the works for a long time. Every now and then we get reports that something may be happening and then are sadly disappointed when that news proves to be uneventful. Goonies never say die, and fans have been waiting a long time for this. And let’s face it ladies, the cast has aged well. At the last FAN EXPO in Canada stars Sean Astin (Mikey), Johnathan Ke Quan (Data) and Corey Feldman (Mouth) teased that the sequel to the film is on the way.

Comicbook reported that while they couldn’t say a whole lot, Astin teased it by singing the word “Someday.”

Quan said laughing, “That is the most asked question I’ve heard for the last 30 years.” Astin explained that, “Someday it’ll happen.”

You can watch the clip of them talking about a sequel at about 13 minutes into the video. While we couldn’t find what comicbook.com was quoting, we did find more information on what a sequel might mean for the original cast.

The entire cast is on board with a sequel, they just need a solid script. Even Astin joked, “of course we’re not going to say no to money.” They tell about how they pitched the ideas that they had and were rejected. Mostly because the studio thought it would be too expensive. But the fans have been wanting this for a long time. And Astin said, “the audience wants it, I’m shocked they haven’t been given it.”

Now would be the perfect time for a sequel. A lot of the kids who watched it growing up are now parents to kids around the age “The Goonies” were in the film. How cool would it be to take your kid to see the sequel to the movie you loved as a child? Plus you know, we aren’t getting any younger and neither is the original cast. And like Corey said, “They’re making Ghostbusters III!”

So why couldn’t we have our Goonies in a new film?

So all we have for right now is that it will Someday happen, but don’t hold your breath. Unless you know something we don’t.