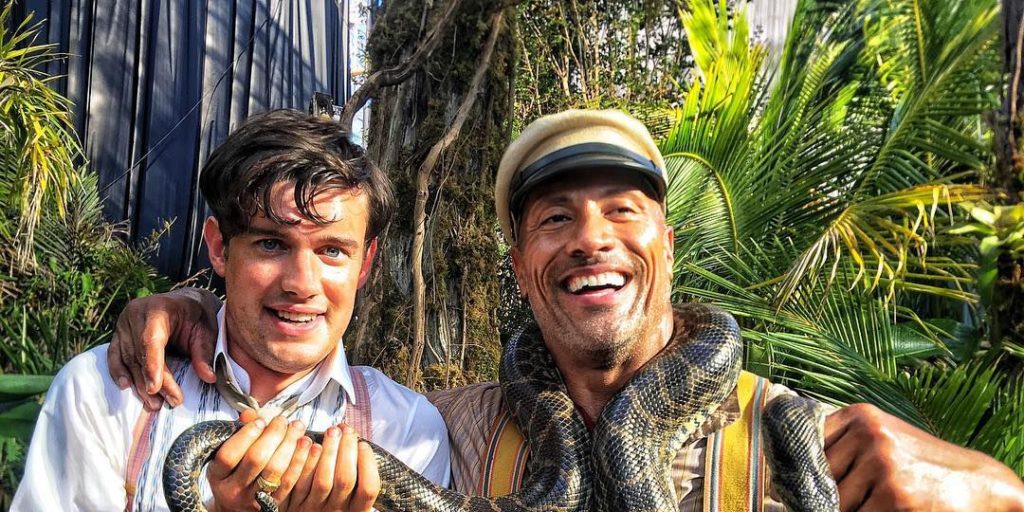 Johnson Posts Picture and Thanks When “Jungle Cruise” Reshoots Finish

Disney has had varying success with movies based on its theme park rides. Pirates of the Caribbean ride was the inspiration for a 5 movie franchise that has led to a total combined box office of $4.56 billion. Movies based on the Country Bear Jamboree, the Haunted Mansion, and Tomorrowland were less successful. The latest movie based on an attraction is Jungle Cruise. And it may have a secret weapon to help it be successful: Dwayne “The Rock” Johnson. He is joined by Emily Blunt, Edgar Ramirez, Jack Whitehall, Paul Giamatti, Jesse Plemons, and Edgar Ramirez.

Details of the movie are sketchy, but it seems that it may be set during the 1930s. A riverboat captain is hired to take a scientist and her brother on a quest to find the magical Tree of Life. They must contend not only with the dangers of the jungle but also a rival expedition. Johnson will portray Frank the riverboat captain. Emily Blunt portrays Indiana Jones-like scientist Lily Houghton and Jack Whitehall is her brother McGregor Houghton. Paul Giamatti is portraying a crusty harbormaster. Edgar Ramirez and Jesse Plemons are portraying villains. Johnson had previously posted some details of the Hawaiian set.

Principal photography ran from May to September 2018, although reshoots were required. Those have just been completed, having been delayed until Johnson finished filming on Jumanji 3. Johnson posted a picture from the set on Instagram and thanked the crew when the reshoots were finished:

Jungle Cruise will be released on July 24, 2020. We will find out then if it really is the adventure of a lifetime.