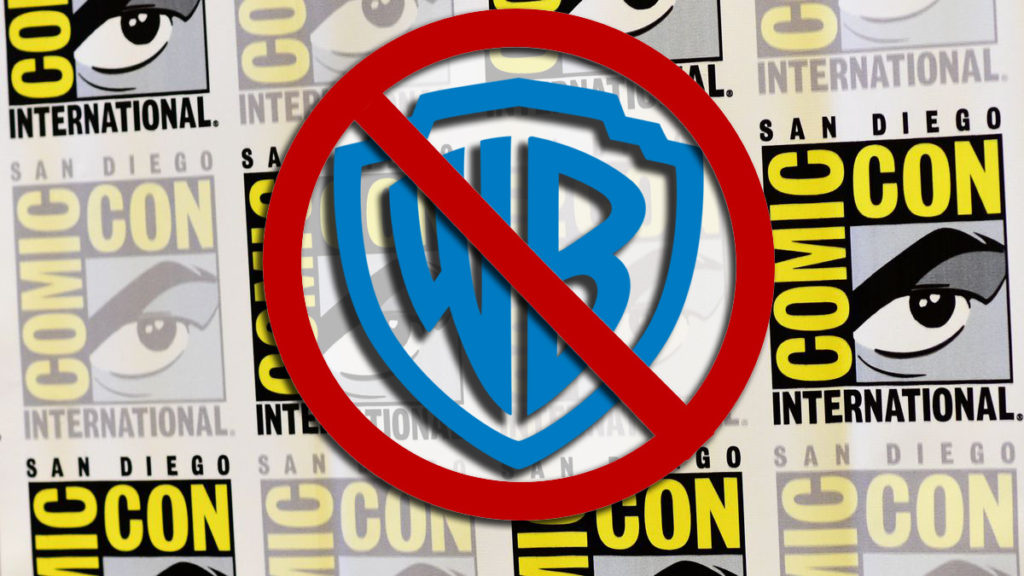 Over the course of it’s life, Comic-Con has become less a celebration of comics and more a platform for movie studios to announce their next projects. It has kinda come to represent how movies and comics have become a singular entity, especially as superhero movies have dominated the box office. We now live in a world where a person can identify as a Marvel or DC fan and never actually read a comic book. While I have some, er, opinions about that, I am mostly just happy that people all over the world love these characters the way I do. However, Comic-Con appears to be less of a draw for movie studios now that one of the biggest movie studios have formally announced they will not be coming to the 2019 con.

Warner Brothers has decided to not hold their long running Hall H presentation which gave them a chance to offer first looks at their latest DC comics projects to attendees. The studio used the space as a way to show off all of their upcoming genre titles, from superheros to Harry Potter. This decision comes at a strange time for the studio as they are ramping up a pretty big line up of comic movies over the next couple years. We have Joker coming in October along with Birds of Prey and Wonder Woman 1984 next year. It is especially odd to not take the opportunity to showcase the casting of Robert Pattinson in the upcoming Batman reboot. The only confirmed presence that Warner Brothers will have at Comic-Con is to promote It: Chapter 2 which is coming out later this summer. This decision is not without precedent, as Marvel has also bowed out of doing major presentations at Hall H. While rumors persist that Marvel is coming back this year, that makes sense as they have to drum up interest in a post Endgame MCU.

While there is not definitive reason for why Warner Brothers chose this time around to not present at Hall H, I have a couple ideas. I think that Warner Brothers has decided that DC diehard fans are not the ideal market to cater to anymore. Their previous vision for their films was to provide a more grounded and gritty comic book universe to appeal to fans that want to see their heroes taken seriously. However, while this plan has worked for a small contingent of fans, it also led to high profile flops like Batman v. Superman and Suicide Squad. While the movies that went for a broader audience like Wonder Woman, Aquaman, and Shazam!, have been way more successful. I think that WB is taking from the Marvel playbook that these movies should work for all audiences and not be beholden to making something that would appeal to fans that still love Dark Knight Returns.

Now, I am trying not to paint with a broad brush here and say that this is all the fanboys fault. However, what I think is that WB and DC are seeing that their presentations are popular when they happen, but they don’t lead to guaranteed success once the movies come out. While everybody at Hall H lost their minds when the BvS logo was first announced, it ended up throwing the studio for a loop when the movie ended up being a critical flop. Executives would understandably see something like that and realize that their approach is not working. What they have seen work is allowing directors create movies that they are personally invested in and having that passion become reflected in movies that people widely enjoy. Wonder Woman and Aquaman work because they didn’t try to be like Batman and were fun to take your family to.

Warner Brothers has also seen less of a return on the cost of attending Comic-Con thanks to some of their other franchises not setting the world on fire. Stuff like Pacific Rim and Fantastic Beasts had big presences at the convention and then did not lead to big returns at the box office. Franchises are hard to predict when it comes to success, and the hit to miss ratio is getting pretty uneven. Why hold these giant presentations and throw a bunch of money at a crowd that then doesn’t go see the movie you are promoting? You could instead use that money in different ways that can hit a larger audience and avoid the stigmas that genre films are just for the kinds of people that go to Comic-Con. Besides, thanks to the cost of these events for the public, many of the people going to panels are largely bloggers and streamers and not necessarily consumers. They go so they can write their own impressions to their readers. Why do you need to all that work when you could easily just drop a trailer on youtube and get those same discussions happening?

I think this could be a net positive for Comic-Con in the end as it makes more space for fans and cosplayers to network and engage with each other. There is still plenty of reason for conventions to exist and would actually do better if we could actually have fun on the floor and not in a giant Hall watching ads all day.