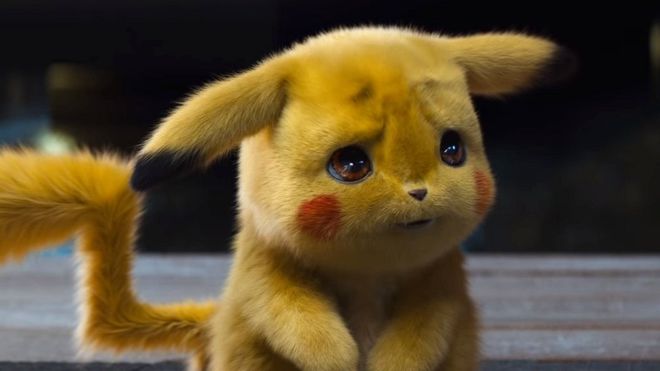 Imagine taking your kid to see a movie about cute and fluffy little Pokemon and then that same night having to explain to them that movies are fake and not to be afraid. Well many parents were forced to have that discussion as a theater in Montreal accidentally flipped the theaters that were playing La Llorona and Detective Pikachu.

ScreenRant’s Ryan George was one of the lucky audience goers and was tweeting when the first trailer came on for the horror thriller Annabelle Comes Home.

At that point the audience was unsure of what was going on. It seems that no one knew what to do because no one expected such a huge mistake could be made. So they sat and watched another trailer. This time for “The Joker” which sure could have been for the kids? I mean it’s kind of a super hero/ villain thing right?

It was the final trailer that was the clincher. The new “Child’s Play” Trailer came on and if that wasn’t the clue that parents needed to cover their child’s eyes and evacuate the theater I don’t know what would have been. First of all, Give me my money back. And second of all, who is going to pay my psychiatric bills when my kid can’t sleep with the light off or in their own room anymore?

Luckily we have Ryan George who was able to document the whole debacle for us.

Batwoman Crossover Coming To The CW!

Transformers ‘BumbleBee’ Trailer is a Big Ol’ Pile of Tropes