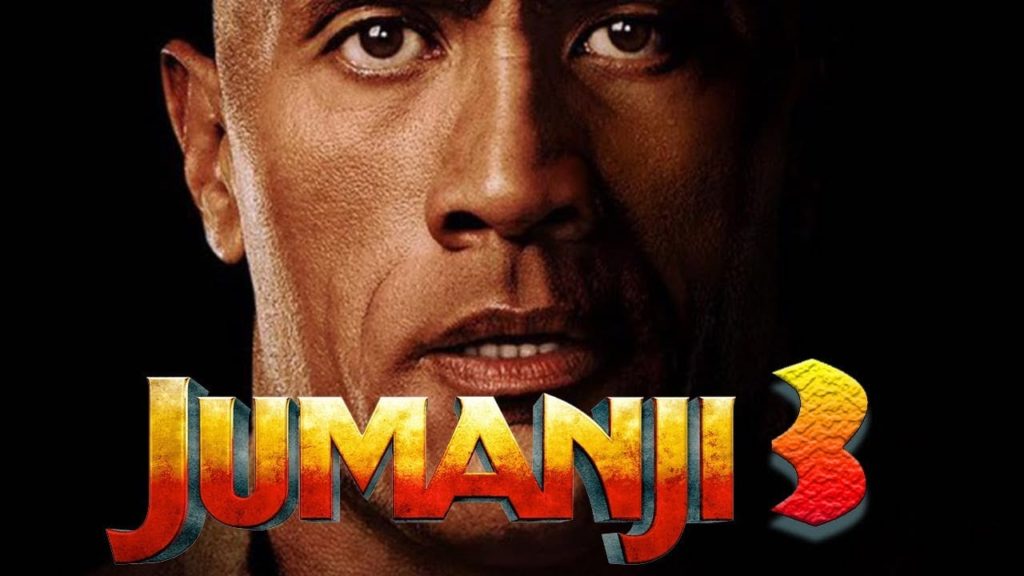 Production on Jumanji 3 has officially wrapped. Kevin Hart posted a video of himself and co-stars Jack Black, Karen Gillan, and Dwayne Johnson where he thanked those involved in the movie and stated that it would be “bigger and better than our last one.” Dwayne Johnson made his own post in which he talked about the hard work that went into the making of the film. He also thanked the fans that were waiting for him at the airport to say goodbye.

Production on Jumanji 3 kicked off on February 14. At that time Johnson posted the first pictures from the set. A few other behind-the-scenes pics have been posted since then, showing new costumes and the cast riding camels, but most of the plot remains a mystery. How do the young students from the previous movie end up back in the game?

In addition to the returning cast, Awkwafina, Danny DeVito, Dania Ramirez, and Danny Glover will also be appearing in the film. Jumanji 3 is a direct sequel to Jumanji: Welcome to the Jungle (2017) and the third in the franchise started with the film starring Robin Williams.