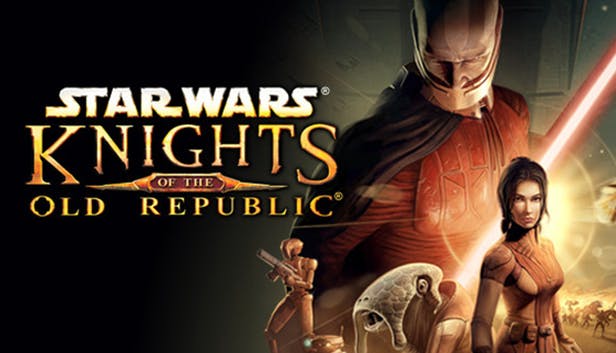 Stars Wars: Knights of the Old Republic has a Project in the Works!

Considered one of the best video games of all time, Knights of the Old Republic is getting an update, but we don’t know in what form yet. In an interview at Star Wars Celebration, Kathleen Kennedy, the head of Lucusfilm, said that “we are developing something” in regards to KOTOR. A rather brief statement, but it opens up many possibilities. If I had to wager a guess as to what kind of project was coming based on Disney’s handling of Lucasfilm, I’d say it would be a tv series to help bolster Disney+, but a film series is just as likely.

Either way, I’m super excited for this project. The Knights of the Old Republic games had some of the best supporting characters and deep story-lines. One character I would love to see on screen is HK-47, an assassin droid. For some reason Star Wars has shied away from a stone-cold killer robot and it makes so much sense.

I have very fond memories playing through both Knights of the Old Republic games. They were filled with lots of customization. My main character always ended up swinging a two lightsabers, a purple and a blue one. I even had a Wookie in my party that used swords called “vibroblades”. The game also gave to choices that could nudge your character towards the light-side or dark-side of the force. And the gameplay was similar to Final Fantasy XV. If you missed playing this game, you can find them on Steam for around ten bucks!