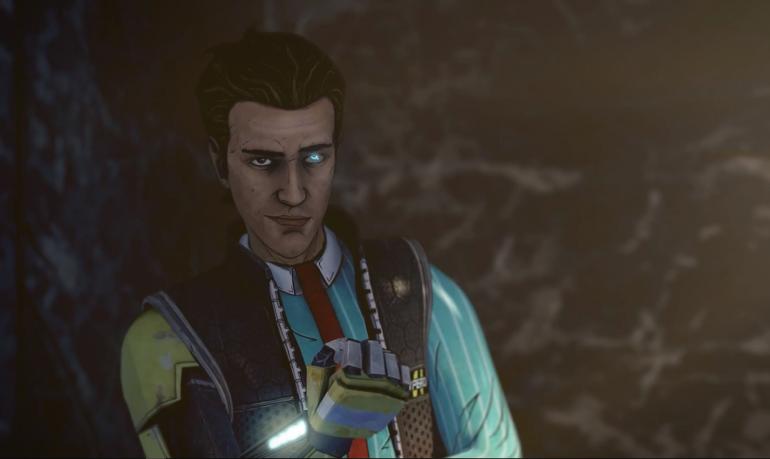 Seven years. That’s how long fans of the Borderlands franchise have been waiting for a sequel. Sure, there was Tales from the Borderlands and Borderlands: The Pre-Sequel, but none of them scratched that itch the way a true continuation does. The latest trailer for Borderlands 3 shows many characters from these intermediate games making their appearance. One such character is Rhys, who is voice-acted by the legendary Troy Baker. Except it appears he is not anymore, and even Troy Baker was unaware.

In response to fan questions about his involvement as Rhys in Borderlands 3, Baker says “I’m sorry to break it to y’all, that isn’t me.” Rhys explains that there were originally discussions with Gearbox about him reprising his role as Rhys. He did not realize they went with a different voice actor until he saw the trailer for the first time. Baker continues by saying:

“If gearbox decides that they’ll let me do it, that’ll be awesome. I have no idea. There was a possibility that I was gonna be in it, then I saw that epic, epic trailer, and everyone’s like ‘oh my god, there’s Rhys!’ And I went, ‘well, there we go.’ […] I’ve never done this before, but I would love for Gearbox to know that it’s not about me, it’s about that character. If they’re going to bring back characters from Telltale Borderlands, it should be the people that originated the characters.”

Baker did not provide speculation on why he was not asked to return to Rhys. Though it is clear that he is disappointed to not be reprising his role. Recently, Gearbox boss Randy Pitchford has claimed that Baker chose to turn down his role as Rhys in the newest installment. Pitchford claims that he “was told by the audio director that he turned it down.” Who to believe is up to speculation for now.

Baker has voiced many gaming roles over his career by appearing in games such as The Last of Us, Infamous: Second Son, Bioshock Infinite, Uncharted 4: A Thief’s End and Batman: Arkham Knight. No matter the reason behind Gearbox or Baker’s decision, Rhys will not be the same without Baker at the helm. Whether the unwilling host to Handsome Jack can live up to his former glory remains to be seen.