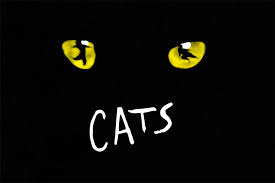 “Cats” Cast to be Cat Sized

Cats the movie is based on a play of the same name, which was based on Old Possums Book of Practical Cats by T.S. Eliot. The play won 7 Tony Awards and is one of the longest-running plays on Broadway. The play and movie feature a bunch of, well, cats (a particular tribe called the Jellicles) and music by Andrew Lloyd Webber. The film is directed by Tom Hooper (Les Miserables) and features an all-star cast.

And that cast will apparently be cat-sized in the movie.

The info on the cat-sized cast comes from CinemaCon. Principal photography on the movie had just wrapped on April 2 and wasn’t available for preview, as it still required a lot of special effects. Instead, some featurettes that included behind-the-scenes looks at the cast and sets were shown. The actors were in motion-capture suits with VFX dots on their faces so that hair and tails can be added via “digital fur technology to create the most perfect covering of fur.” The sets were apparently gigantic so that the actors were playing at cat size. (Maybe they should have taken some pointers from Ryan Reynold’s who went method for Detective Pikachu and lived at the furry little guy’s height. Or tried to.) Well, they may not have tried to live at cat size but Dame Judi Dench (Old Deuteronomy) is quoted as saying, “We spent a very long time observing cats or learning how to be a cat.” Idris Elba said the key to his performance was learning to look at the world through “the cat perspective.”

The CinemaCon presentation ended with Jennifer Hudson taking the stage to sing “Memory.” Not sure how all of this will come together in the final film, but Hooper certainly seems to have a distinctive vision for the movie that should distinguish it from its previous stage incarnation.