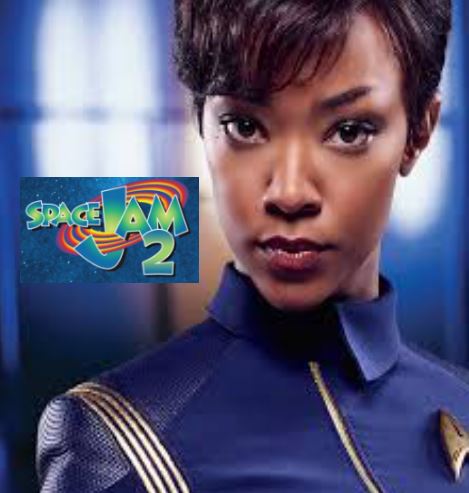 Things are moving along for the mixed live-action/animated movie Space Jam 2 with the news that Sonequa Martin-Green is in talks to star in the movie alongside LeBron James. Martin-Green is supposedly in talks to star as James’ wife in the film, although it is not known if she would be portraying his real-life wife or an original character. James will be starring as himself and also co-producing.

Martin-Green has appeared as Sasha Williams on The Walking Dead (2012-2017) and as First Officer Michael Burnham on the new Star Trek: Discovery series.

Warner Bros. and SpringHill Entertainment have announced that Space Jam 2 will premiere July 16, 2021.