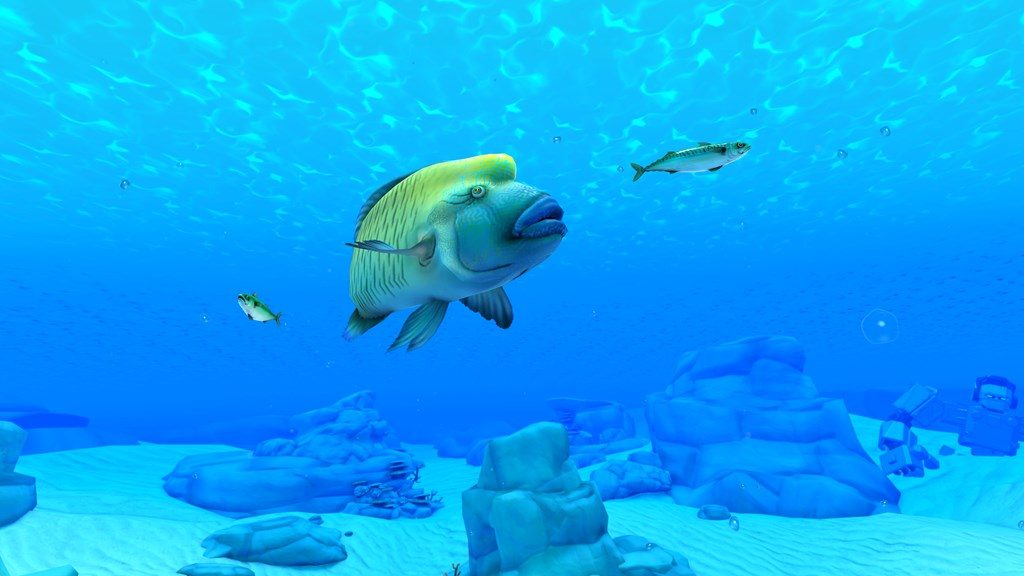 Ever wish you could paint like an elephant or feel like a superhero by stopping an alien invasion? Nintendo Labo: VR Kit launches exclusively for the Nintendo Switch system on April 12 with dozens of simple and fun virtual reality* experiences for kids and families to enjoy together. Get a sneak peek at what’s included in the Nintendo Labo: VR Kit in this new video released by Nintendo

Combining the innovative physical and digital gameplay of Nintendo Labo with basic VR technology, Nintendo Labo: VR Kit introduces virtual reality in a unique and approachable way. The Toy-Con Wind Pedal produces a blast of air to create the feeling of flying, while the Toy-Con Blaster slides and clicks before it launches a volley of lasers (or fruit). Players can make different DIY cardboard creations like a Toy-Con Elephant or a Toy-Con Camera; play a variety of VR games and experiences with these creations; and discover how it all works – or even design their own bite-sized VR experiences with the included programming tools.

“Nintendo Labo is inherently designed to encourage imagination and creativity in people of all ages by blending real-world and virtual experiences,” said Doug Bowser, Nintendo of America’s Senior Vice President of Sales and Marketing. “This new kit takes that concept a step further by layering in virtual reality to bring the Toy-Con creations to life and encourage family-friendly, pass-and-play experiences.”

All the games and experiences in Nintendo Labo: VR Kit are designed to be shareable, fun and social. By alternating turns, everyone in the room can watch and enjoy players’ reactions and join in the fun. Some games even allow players who aren’t looking into the Toy-Con VR Goggles to interact with the on-screen experience. For example, if one player is exploring the in-game ocean and taking photos with the Toy-Con Camera, another person in the room can wear the Toy-Con Snorkel and step in front of the Camera to make a bug-eyed fish swim quickly toward the player’s face – the reaction is priceless!

The Nintendo Labo: VR Kit offers a variety of games and experiences that work with the different Toy-Con creations, including:

Two programing tools are included with the Nintendo Labo: VR Kit software. Toy-Con Garage is the tool that is returning from previous kits and optimized for this kit’s Toy-Con creations. Toy-Con Garage VR is a new tool that allows players to create their own VR games and experiences. In fact, Toy-Con Garage VR is the tool that the development team used to create everything in VR Plaza. Players can even import VR Plaza games into Toy-Con Garage VR mode to discover how they work, customize the experiences or use them as inspiration to create a completely new game.
Nintendo Labo: VR Kit will launch in retail stores on April 12 with two primary configurations, one that includes all Toy-Con creations and one that includes a smaller selection of projects to get started:

Players that own the Starter Set can purchase the following optional expansion sets at https://store.nintendo.com/ to expand their experience:

For more information about Nintendo Labo: VR Kit, please visit https://labo.nintendo.com/kits/vr-kit/.
*The VR mode should only be used by children ages 7 and older. Parents should restrict the display of VR mode for children 6 and under by accessing the in-game settings using the goggles icon. Users can easily turn off the VR feature and use the included Screen Holder instead of the VR Goggles to enjoy any of the included games and experiences in 2D.
**The two expansion sets do not include the Toy-Con VR Goggles or Nintendo Labo: VR Kit software.
About Nintendo: The worldwide pioneer in the creation of interactive entertainment, Nintendo Co., Ltd., of Kyoto, Japan, manufactures and markets hardware and software for its Nintendo Switch™ system and the Nintendo 3DS™family of portable systems. Since 1983, when it launched the Nintendo Entertainment System™, Nintendo has sold more than 4.7 billion video games and more than 740 million hardware units globally, including Nintendo Switch and the Nintendo 3DS family of systems, as well as the Game Boy™, Game Boy Advance, Nintendo DS™ family of systems, Super NES™, Nintendo 64™, Nintendo GameCube™, Wii™ and Wii U™ systems. It has also created industry icons that have become well-known, household names, such as Mario, Donkey Kong, Metroid, Zelda and Pokémon. A wholly owned subsidiary, Nintendo of America Inc., based in Redmond, Wash., serves as headquarters for Nintendo’s operations in the Americas. For more information about Nintendo, please visit the company’s website at https://www.nintendo.com.