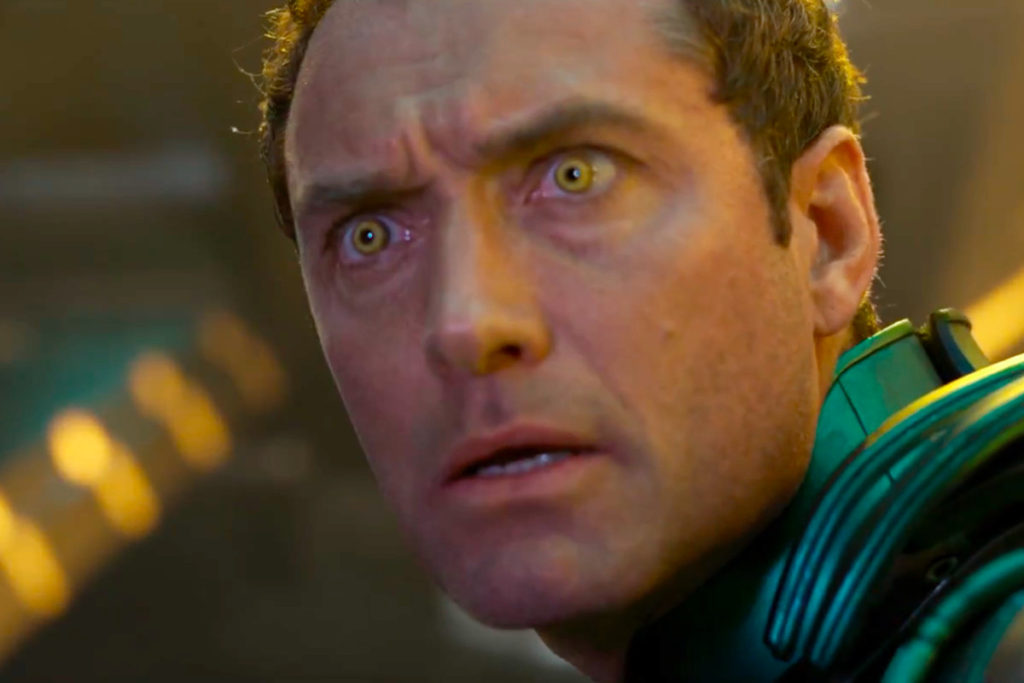 “Captain Marvel” Credit Scene Could Have Tied to Another MCU Movie

Empire interviewed Captain Marvel co-writers and co-directors Anna Boden and Ryan Fleck for a spoiler-filled podcast. Some of the spoilers relate to the movies credit scenes.

*SPOILER ALERT* The first was that the Russo brothers directed the mid-credits scene where Captain Marvel meets some of the surviving Avengers. It is unknown if that scene will be in the actual Avengers: Endgame movie.

Another spoiler was that the post-credit scene might have been different.  Instead of watching Goose the cat/Flerken hack up the Tesseract on Nick Fury’s desk, we might have seen a tie-in to Thor: Ragnarok with Jude Law’s Yon-Rogg. Fleck says, “There was an idea on the table about having Jude Law […] emerge from his pod on Sakaar, and then have him look around and see the Devil’s Anus behind him and wonder, ‘Where the hell am I?’”

Was Yon-Rogg still there when the Hulk became champion or when Thor and Loki arrived? I guess we’ll never know.