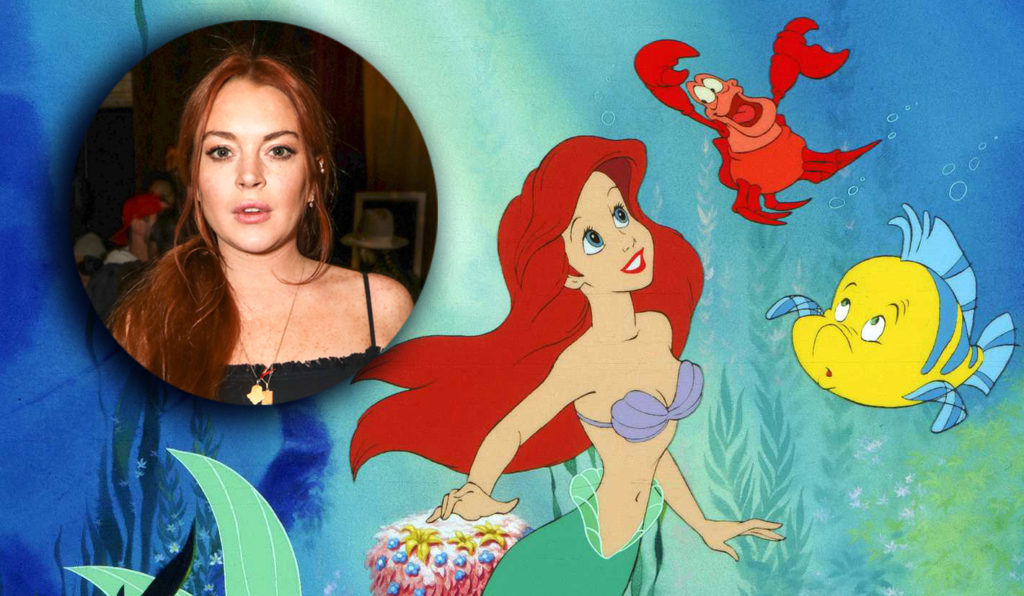 Sometimes you can say the most without saying anything at all. In a recent interview with ET the director for the upcoming live action Little Mermaid Rob Marshall was asked about whether he would consider casting Lindsay Lohan.

ET asked, “I’m sure you’re thinking about casting. Lindsay Lohan has kind of been petitioning to be a part of it. Is that a possibility?”

And completely avoiding the question Director Rob Marshall said, “Gosh, I don’t know who’s gonna play these roles yet. We haven’t really got that far. I think we’ll start that process probably sometimes this summer. You know, right now we’re just focusing on the characters, the material, which is everything. You know, that’s the most important thing.”

Lindsay has been petitioning hard ever since news broke of the live action Little Mermaid. She posted on Instagram in a post that has since been deleted that it is her dream to play the Little Mermaid opposite Meryl Streeps Ursula.

For many, Lindsay who is now 32 years old would be a hard fit for the role of a sixteen year old mermaid. She is not going to give up however. In a recent interview with Variety she told them just how much she wants the part. She is fully prepared to “harass” her manager until they hear something from producers on the film.

“The Little Mermaid is my favorite movie since I was a kid. Whenever I put that move on, it makes me happy. I’m like, ‘Everybody, stop. Watch this movie.'”

I know a lot of people give her gruff but to be honest I would totally go see The Little Mermaid with her in it. Besides with all the CGI they can do now why not cast her. They could easily age her down if they wanted to. Plus I grew up with her on the Disney Channel and a lot of parents now did too. This would be a great opportunity for her to start fresh with Disney and maybe a bridge to cast her in some of their Original TV Movies in the future.

What would you think if they cast Lindsay Lohan? Who would you want to play the part? Tell us in the comments!