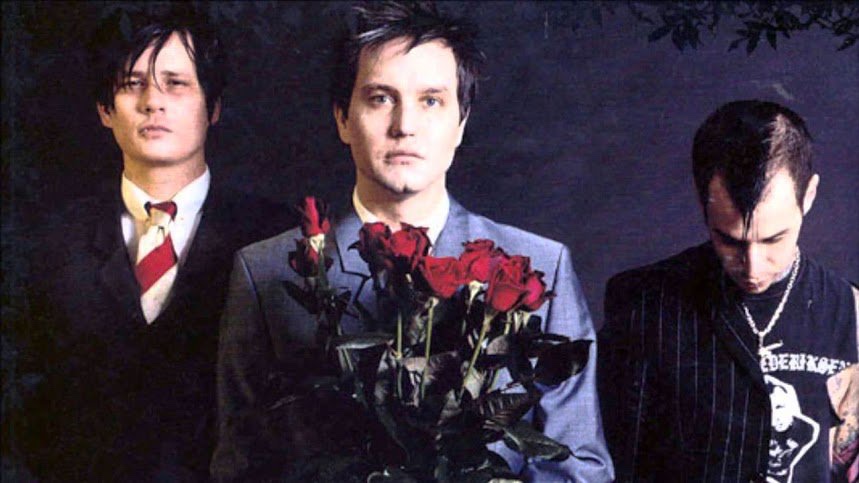 While drunkenly walking down the Las Vegas strip at 2:00 pm on a Sunday two weeks ago, my girlfriend and I discussed the absolute brilliance of Blink-182’s 2003 self-titled album.

Undoubtedly their best album, though I feel there’s room for 2001’s Take Off Your Pants And Jacket to make a claim. By 2003, the band had shed their bratty, immature personas that coincidentally made them so popular. They grew up. The post hardcore sound of Tom DeLonge’s side project Box Car Racer trickled down into Blink-182, creating a darker, less pop more punk, opus which defined the earlier part of the 2000’s. “Feeling This”, “Down”, “Always”, the band cranked out an impressive slate of four singles that still get radio play. But the standout has always been “I Miss You”. Hoppus, DeLonge, and Barker’s musical homage to Tim Burton’s Nightmare Before Christmas. And of all things for me to discover this weekend… thanks to Nathan Fielder, yes the Nathan For You dude a 10 hour, on loop video of Tom DeLonge’s verse from “I Miss You” has surfaced online. Apparently in 2015, Fielder made a request for a 10 hour “I Miss You” loop, and Twitter user Jon Herroon answered the call. Noisey, Vice’s music oriented site broke the story on March 2nd.

Check out some or if you have all day, all of it below!!

If you’ve ever wondered why there’s been resurgence of Jack and Sally over the last ten years or why all there’s all this Nightmare Before Christmas merchandise in Hot Topic, it’s because of this song and an MTV Cribs episode with the dude from New Found Glory. Also the film is an amazing achievement.

Couples love to envision themselves as famous couples from pop culture. My girlfriend and I are Godzilla and Mothra and it’s awesome!

I still feel “Go” was the shining track on the album but who the hell am I? Not going to lie though, I can’t tell if the video above is genius or a complete waste of somebody else’s time? Either way, it’s here and it’s beautiful.

During the time when this song was popular, punk as we know it was evolving. The three chord, three minute, excuse to let out your aggressions turned into more complex compositions. Both in the music and the lyrics. Complaining about the establishment was shelved for complaining about feelings. It’s like punk was going through its own emo phase. While I personally feel the brief movement spawned a genre that is the exact opposite of what punk is about… the change had to happen.

Now we’re getting some of the best bands to carry the genre since The Stooges created it. Remember, punk rock was created in the Rust Belt, but the coasts taught it how to dress.

What song could you listen to for 10 hours straight? Let Nerdbot know in the comments!!

This ‘My Hero Academia’ Drinking Game Will “Detroit Smash” Your Face