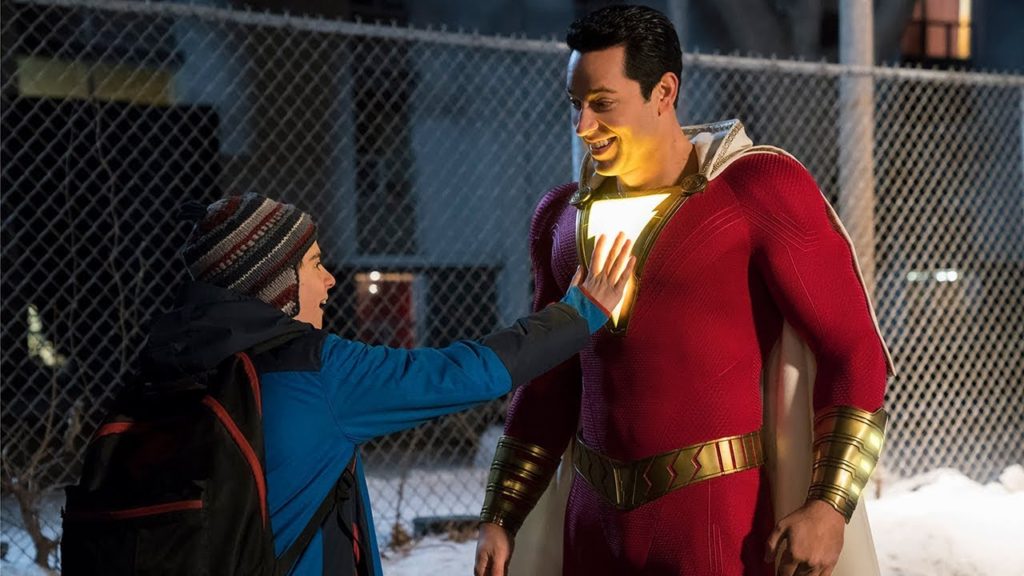 While movie producers aren’t spending nearly as much on Shazam! than say Aquaman they are dropping some dollars on the film. Part of the budget was recently disclosed during a conversation with TotalFilm with costumer Leah Butler. She told them that each suit in the film cost over $1 Million dollars to make.

The kicker is that they made about 10 suits for the film. That’s $10 Million bucks! They drew from “the New 52” comic series DC has put out over the past few years for inspiration for the hooded cape and cite Greek and Roman mythology for the 3D printed texture on the suits surface.

Leah talked a bit on how the suit was made. “The exterior suit is a spandex suit that goes over a musculature suit, and each muscle has been sculpted on the body of Zach so it accents and highlights his shape and size…There is actually a battery in the back – we luckily had a cape to cover it all up or I don’t know where we would have put all that stuff – and it is remotely lit through a switchboard operator,” she told TotalFilm. So it lights up and is remotely controlled. I guess that’s cool but it almost seems at that point CGI would have cost less.

They also had to scan Zach’s body for the form fitting design. Not only did they scan him but they had a professional sculptor come in and sculpt a life-sized copy of him that detailed the muscles. With everyone being paid to work on this process it’s no wonder it ran up to $1 million each.

Now get ready to see cosplayers at the next convention you go to wearing almost a carbon copy of the suit that cost exponentially less than these professional suits cost to make. Maybe they should have hired some cosplayers instead of going through all that. But I don’t know I guess Hollywood types like to brag on how much stuff costs.

What do you think of how much these suits cost? Tell us in the comments!