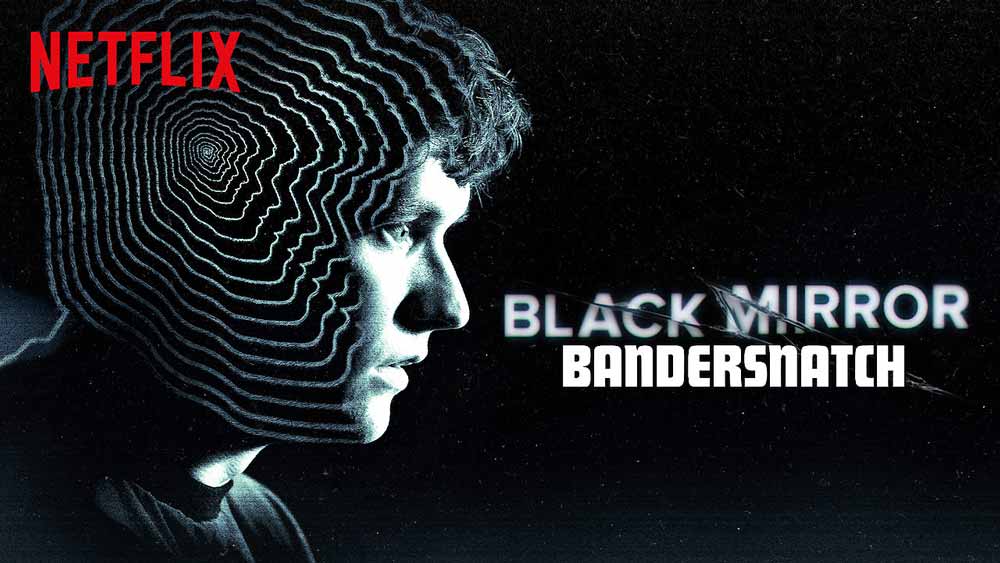 Lots of people have been waiting for the long anticipated season 4 of Black Mirror. And many thought it would drop by the end of this year (2018). But of course it didn’t instead Black Mirror took a complete 180 and made a choose your own adventure movie. Needless to say that alone got tons of people pumped to try out this movie. And see what kind of trouble you could get into.

Just like a choose your own adventure book the movie has countless endings, and it seems pretty daunting for one person to unlock them all in one playthrough. At first the chooses you are given are pretty simple from what to eat in the morning to what music to listen to. You play as a young man named Stefan who wants to make a choose your own adventure video game in the 80’s.

It’s pretty ironic that making the game is his one true goal. They even take jabs at the player making jokes about it. But quickly the game takes a left turn and becomes dark and twisted super fast. You’ll often ask yourself “wait what just happened”. Or “Okay how in the world did we end up here”.

It doesn’t really matter if you “beat” the game because it always gives you a checkpoint. So if you want to keep playing you can start from a certain point and carry on with it.

It’s a little harder to really get a beat on any character. Because in most movies you can dive deep into someone and understand a little why they are the way they are. Because every decision you make can drastically change the way someone is. So it’s almost pointless to dive deep into anyone because they behave purely on what you decide.

While playing the game it didn’t feel like anything new though. I keep getting the feeling that I was playing a high end telltale game. It had almost everything a telltale game would have, it felt like a copy almost down to the core. It even gave you about 10 seconds to make a decision before just like the game. But needless to say it seems like Netflix and Black Mirror learned from them and picked up on what made them so fun and popular. Hopefully they continue to make more like this in the future.

With all that being said the game/movie is definitely a foot in the right direction for Netflix. The acting of course was nothing less than great, and the camera work along with the special effects were amazing. It’s unclear if Netflix will continue to do more things like this but one can hope so. The final rating I’ll give this is a 9/10.