Have You Heard Of Butcher Billy?

When it comes to art… yeah it’s cool to go to museums and stuff, however for some reason 15th Century paintings of people eating fruit will never be able to hold my attention the way “pop” art can.  I don’t know what that says about myself specifically but it’s Warhol over Rembrandt eight days a week.

When you look up pop art, the internet provides the following definition; “art based on modern popular culture and the mass media, especially as critical or ironic comment on traditional fine art values”.  Thank you Google.  Since the invention of Instagram, the art game has changed big time.  It’s way easier to get access to the works of creative minds all across the world.

One of my favorite pop culture artists is a man who goes by the name Butcher Billy.  Born in 1978, this Brazilian graphic designer slash illustrator has become quite the force in the industry and managed to ink a couple major deals with companies like ESPN.  Your mind will probably jump right to making a Banksy comparison, that’s fair.  If I were to describe him, it would be rather difficult not to reference the anonymous British street virtuoso.  Honestly, the two couldn’t be anymore different.

Sure pop culture art is rooted in pop culture, so a little topical crossover is sort of expected.  But where the Butcher shines, also what makes him relevant to readers of Nerdbot, is his brilliant homages to superheroes and nostalgia.  A couple months ago my friend was crazy excited to show off a new print he just had framed.  Being a huge Radiohead fan, when the opportunity to purchase a poster of Thom Yorke dressed as Sylvester Stallone in Cobra… you jump on that train! 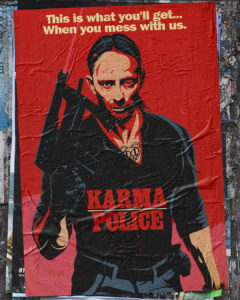 Butcher Billy did a whole line of work featuring the Radiohead front man as the Terminator, Conan the Barbarian, even John McClane.  With genius juxtaposition of character and situation, the pieces really stand out among others who try so hard to do what the Butcher does so naturally.  Like a professional basketball player, he makes it look easy.

He thrives in the interesting combination category.  You might recognize his series that mixes the sorrowful anthems of the 1980’s with Stephen King. 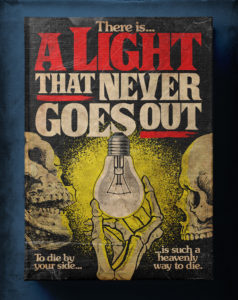 You can actually buy this as a book.

Aside from the typical framed picture, the Butcher puts his designs on all kinds of stuff.  Books turned into art, VHS tapes, shoes.  Like Black Mirror? The show commissioned the Butcher to design the record sleeve art for the vinyl pressing of the San Junipero soundtrack. 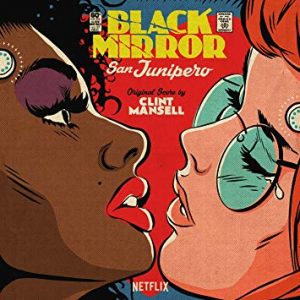 If you are talking comic book heroes, there are two awesome lines that have been released in recent years.  One centers of David Bowie taking up the persona of different heroes of print and film called the Star Dust Collection. 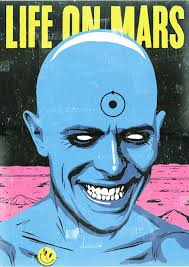 He has the Thin White Duke dawning the likes of Batman, Captain America, and Dr. Manhattan.  Head to redbubble.com where you can see all the faces of Bowie, maybe even pick something up for the holidays.

Stephen Patrick Morrissey is the focal point of my other favorite superhero inspired line from the Butcher. 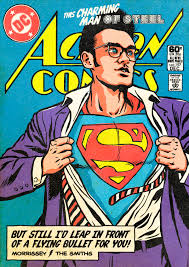 I have a diet man crush on Moz.  You could put his image on cat toys and I’d buy them.  It’s that voice bro.

Butcher Billy had a showing in Chicago on November 17th so I’m hoping these become more frequent as his popularity grows.  Southern California would welcome him with open arms. 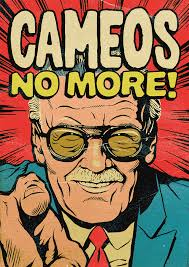 Do you own something made by the Butcher? Let Nerdbot know in the comments!!