Want to stop traffic with people staring at your backside?  Use a WiperTag!

These fun little accessories are for folks with minivans, SUVs, or any other vehicle with a rear window wiper.

The locking strips allows you to switch between different tags or to remove the tag if you are going to go through a car wash. For vehicles without a rear wiper, the tag could be affixed as a static decoration to a bumper or tailgate.

In addition to more traditional WiperTags for holidays, sports, and pets/animals (including dinosaurs and dragons) you could have:

Some tags can be paired with a decal for the back window.  So your T-rex or Raptor can smile AND wave at potential victims following you!  Or you can get a decal of a stick family running away to pair with your bloody knife, monster arm, or other tag.

So far I have a patriotic God Bless the USA tag, a Christmas elf on a candy cane, a fire-breathing dragon, and Zed the Zombie.  The tags were easy to attach and for the most part looked good.  The coloring of the dragon for the fire-breathing dragon was not as bright as for the other tags – it might have showed up a bit better if the dragon had been green or red instead of a brownish gray.  The tags stayed on as I drove around and I received many compliments and questions of “Where did you get that?”  The only minor mishap I had was when I opened the minivan’s hatch while it was partway in the garage and accidentally slammed the wiper into the raised garage door (oops), causing the tag to get tilted out of position. Fortunately, that was an easy fix.

If you want one, you’d better get on it and do it soon. Following one of their videos going viral on Facebook with over 16 million views, WiperTags

Overall rating 5/5 for fun, ease of application, and the envious looks of fellow motorists! 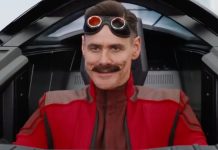 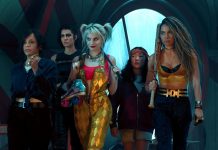 Megan Rapino To Be On The Cover Of Sports Illustrated

FUNimation Leaves Crunchyroll For Their Own Streaming Service