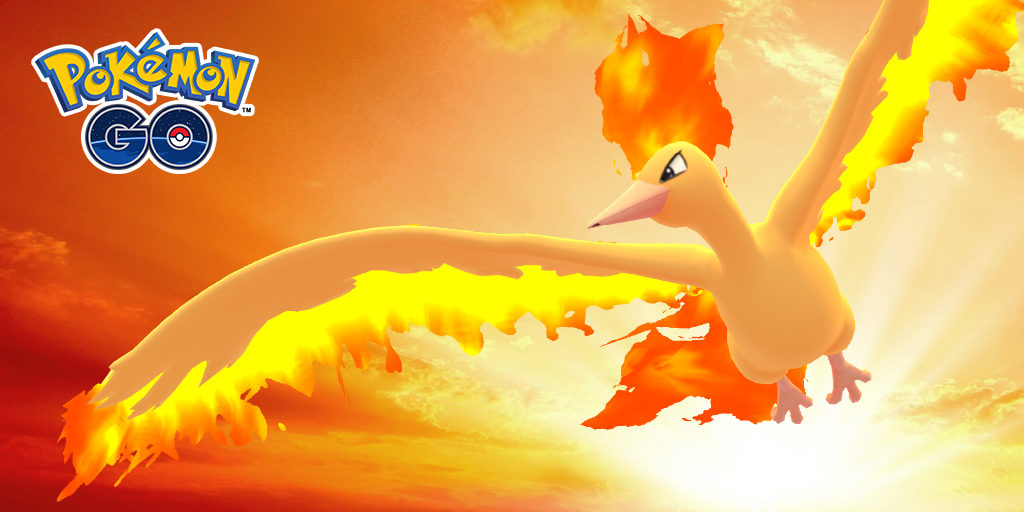 Pokemon Go players have a short window in which to catch a Shiny version of the Legendary Pokemon Moltres.

According to Comicbook.com, today, Pokemon Go is celebrating Moltres Day, a special event in which players can battle a Moltres at every gym for a three hour time period. The event is being held as a special reward for completing a Global Challenge last weekend.

While getting another chance to battle and capture the Legendary Pokemon is nice, the main draw for today’s event is the chance to catch a Shiny version of Moltres. Shiny Pokemon have alternate coloration than normal Pokemon and are usually very rare. Today’s event marks the first time that a player can get a Shiny version of Moltres in Pokemon Go.

A Shiny Moltres has a distinctly darker maroon-colored skin than a normal Moltres. Based on past Legendary events, players have about a 1 in 20 chance of encountering a Shiny Moltres after completing a Moltres raid today.

Players will get five free raid passes during the special event. The free passes can only be obtained one at a time, so players can’t stockpile raid passes for the event.

The easiest way to find a Shiny Moltres is to find an area with a high amount of gyms and meet up with other Pokemon Go trainers. While beating Moltres in a Raid Battle isn’t too difficult (some players have even been able to defeat Moltres on their own thanks to weather boosts), meeting up with other players will make the raids go a lot more quickly, so players can see if they got a Shiny Moltres as a reward.

While players won’t know whether Moltres is Shiny until after they beat the gym, anyone who encounters a Shiny Moltres is guaranteed to catch it. All players need to do is hit it with a PokeBall, and the Moltres will be theirs!

Moltres Day will take place in the United States and other parts of North and South America between 2 PM and 5 PM ET. Good luck on adding a Shiny Moltres to your collection!