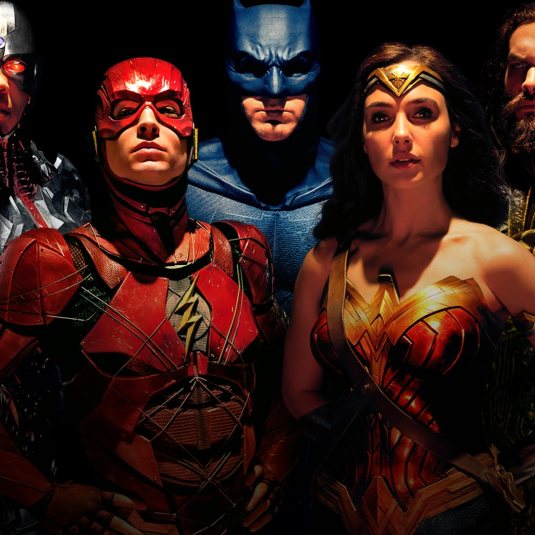 And no, the dirty little secret isn’t that people actually saw the movie, cut it out.

Back when Justice League, the assembled team of (2/6) teenagers with attitude sequel to Batman V. Superman  dropped for sale, rental, digital, tangible, and wherever else DC/Warner Bros. could convince people to “Please, please, please, just watch our movie” I decided to throw them a bone/do them a solid and watch the flick. I mean, after the roaring (surprise?) success of Wonder Woman and following the embarrassment of a film that was Batman V. Superman and all of its Marthas, audiences weren’t quite sure what to expect. Thus, I watched the film with a pretty neutral set of eyes and just kind of let the momentum take me.

My first thoughts was that Justice League is a baby movie disguised as a gritty grown-up film. It actually had a lot of elements that reminded me of the original 1995 Mighty Morphin’ Power Rangers movie, including a goofy looking villain with a Squeez-It twist top cap for a helmet.

But then…not more than a few minutes into it, the dark, dirty secret emerged.

The movie performed the old Bait-and-Switch! It lured in viewers with promises of Jason Momoa without a shirt. And deliver it did. But Jason Momoa is a guys-guy. Sure, there are infinity billion women who would love to play air-guitar on that man’s glistening buns. But who knows, they might be conjuring visions of a Dothraki warrior, glistening with black eyeliner all over that lovely bearded face.

But when your Batman movies have a history of Alfred as a old, gray, English butler. And then we get this. Jeremy Irons.

Bruh….why didn’t you tell me sooner?

From the first time Jeremy Irons hissed “Long live the king” to wondering if hooking up with our mom’s weird boyfriend was a good idea, Jeremy Irons has a long history of warming the nethers. So for those of you out there still unsure if you should bother seeing Justice League…if you’re wondering if there’s a redeeming factor out there that will draw you into the narrative…

Just know that Alfred can man the cave while the Bat is away.