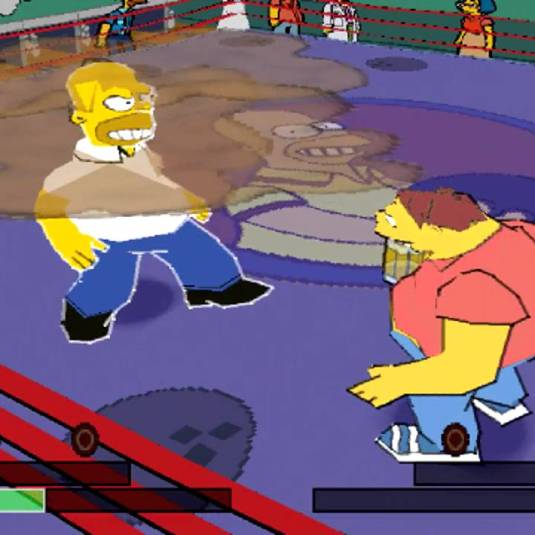 17 Video Games That Forgot to be Fun

I bought it but took it back to the shop days later. Because a player deserves better than the gaming equivalent of having a Hepatitis infected nail hammered through his ball sack.

Sure it was bad, but the letdown from the arcade version was immeasurable. Thankfully I didn’t buy it. My cousin got the on the day it came out. Rushed to his house to play. So glad my parents didn’t waste $30 in that.

I was a wrestling fan as a kid and was stoked to play this. Ugly graphics, controls were terrible. Trying to pin your opponent was virtually impossible. If you pulled it off, it was shit luck.

I spent more time waiting for each level to load than I did actually playing the game.

Bought in desperation on PlayStation release night cause the store was running out of games. Playing with the PlayStation in the box would’ve been far more exciting. Still looking for that clerk…

It had awful button mashing, each fighter had an annoying special power (like Barney belching or Lisa playing a Sax) and I can’t fucking remember why they even wrestled in the first place.

I feel like the obvious answer would be Superman 64. As a Superman fan, I could not wait to play it. As everyone knows, it was pretty much just a timed “fly through these rings” hellscape of a game. Everything was designed to cause the player more agony.

10) Aero the Acrobat for the SNES

It’s from that weird post Sonic phase where there was a glut of [nickname] the [animal] games of dubious quality. It was tedious and unoriginal, and its only challenge was how terribly it controlled.

9) The (original) Prince of Persia

You couldn’t get three steps in the game without him dying, real people are not that fragile. Fortunately, this was at a friend’s house, they definitely regretted that they ever bought it.

8) Chester Cheetah Too Cool To Fool

I bought it at a thrift store just so I could say that I own it and because of how really funny and terrible it is.

Why is this game so haunted? It plays like a tech demo that Sega slapped a price tag on. The only stranger water game is Sea Man! And that one is haunted too!

It looked cool as hell so I remember renting it. Popped it in. Controls were shit. Driving a tank was easier.

4) Dungeons and Dragons: Eye of the Beholder

I found a copy sitting on the dumpster one day while taking out the trash, I was super excited about it, popped it in my SNES and almost died of boredom.

I can’t even deal with the graphics. I played it at a friend’s house and even back then I was like, “WTF is this trash”. Just watched the DK Rap again to remind myself what true suffering feels like. Ugggghhhhh

2) Trauma Center: Under the Knife

Basically you’re a surgeon and you gotta remove things from patients. It’s a high anxiety game that has needles. Forget that game!

It was horribly difficult to figure out. I gave up and haven’t played it since the 80s. It was such an intriguing concept with horrible game play and boring execution. And unless you had the manual to instruct you, you were basically screwed.