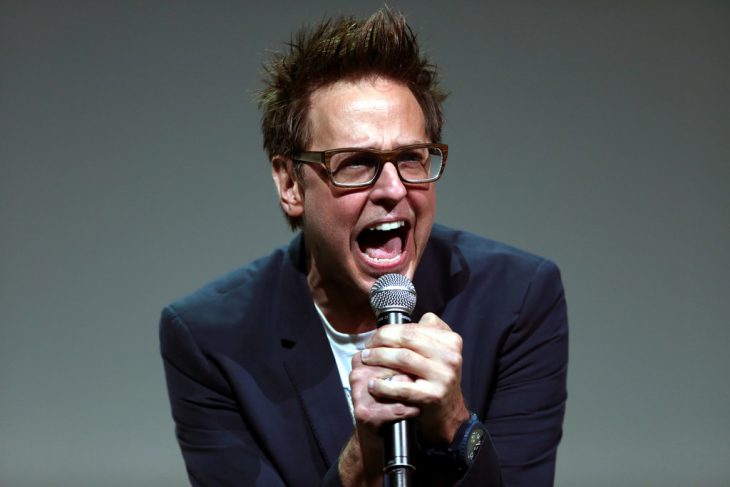 James Gunn: Fury, Forgiveness and Fired (From the Guardians of the Galaxy)

How to immediately alienate an audience? Open with a line from a poem you wrote when you were in college:

“Belief is real but also a Mel Gibson movie / Your heroes were grand myths until their lesser sequels in 2003.”

James Gunn is kaputz on the franchise he breathed so much impossible life into, Guardians of the Galaxy. It’s also safe to bet that he will be immediately excommunicated from the industry writ large.

This all stems from some pretty crazy tweets he tweeted some ten years ago, or in internet years, 2000 BC. They were jokes. They are awful and awfully dark jokes — and before I get burnt down myself, let me say I haven’t even read all of them. The news moves fast. Outrage culture moves faster.

It’s safe to say these jokes are in poor taste at the least and fall into the basket of deplorable. Furthermore most of us would never make them, or think them. It’s also safe to say that Disney and Marvel are doing what they have to, and I’m sure would prefer not to, in cutting ties. Based on Gunn’s more current social media updates his work on closing out the Guardians trilogy was full steam ahead with a complete script submitted and shooting set to start next year.

Where that all is now…? But a family friendly space adventure franchise cannot, from the billions of dollars and theme park attractions and action figures business perspective, be tied to rape and 9/11 jokes anymore than it already is. Even if it already was, and we didn’t know. (I cringed as much typing a few of those words as you did reading them, by the way.)

But that’s the narrower purview of writing this post from a movie news perspective. I’d like to, if only quickly, expand the frame.

James Gunn was torched by the conservative right for being a strong anti-Trump voice. His old tweets were first reported by right outlets The Daily Caller and Fox News. The hit was out.

As a culture we are currently engaged in a moral battle where one side has blatantly disregarded the rules they take the other down on. It pains me to read these tweets, to selfishly and shortsightedly wonder what it means for movies we love, but it also pains me that the same league of social media assassins that just took out James Gunn retweet our president’s most offensive takes and also sometimes take to the streets with tiki torches and swastikas themselves.

Certainly if Gunn never made these absurd statements he wouldn’t be exiled now. But his apology holds logical merit if nothing else:

“Many people who have followed my career know when I started, I viewed myself as a provocateur, making movies and telling jokes that were outrageous and taboo. As I have discussed publicly many times, as I’ve developed as a person, so has my work and my humor.”

“It’s not to say I’m better, but I am very, very different than I was a few years ago; today I try to root my work in love and connection and less in anger. My days saying something just because it’s shocking and trying to get a reaction are over.”

Most may not know and it’s easy to forget post-Marvel that Gunn started in the purposefully weird and risible and often tongue-in-cheek world of Troma (a company that somehow made a pop culture phenomenon of “The Toxic Avenger”) and other tales of the creepy, crawly and odd. As the man said, he saw himself as a provocateur and evolved – maybe in the same way that you once wore jeans that you sewed an Anarchy patch onto in middle school but now are a good-credit holding leading member of your neighborhood’s Home Owner’s Association.

The point I’d like to make, with no good answer in this situation, is that if we as people aren’t allowed to evolve in our thinking and learn from past mistakes then the flame wars and Facebook wall debates we have aren’t really about changing minds for a better world, they’re about destroying declared enemies for self-satisfaction.

Of course, we win — and by “we” I ideally mean all of us, from the bleeding heart Hollywood elite to the sometimes ACTUAL Nazis of the Alt-Right — by being better, across the board. But it would seem we have to agree to the board we’re playing on and what winning means – growth, or apocalypse. I suppose it starts with us as individuals. So if you were going to tweet something “clever” about pedophilia today… you know, don’t. But if you wanted to admit that something you said 10 years ago was stupid, and boy are you glad you’ve changed, that should be okay too.

None of us know where this leaves The Guardians of the Galaxy. Or James Gunn or his #MAGA opponents for that matter. Or the President of the United States. These times are choppy waters. I’m more concerned what they mean for us.

What are you hoping for from Guardians of the Galaxy now? Did James Gunn deserve to get fired? Tell Nerdbot about it in the comments and get the conversation going!