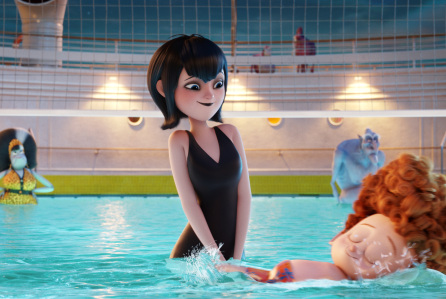 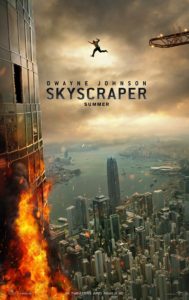 Sony Animation’s Hotel Transylvania 3 grossed $2.6 million in previews that began at 5 PM last night, towering over Universal/Legendary Entertainment’s Skyscraper which minted $1.95M at 2,950 theaters from showtimes that kicked off at 7 PM.

Industry estimates expect Skyscraper to arrive between $33M-$40M behind Hotel Transylvania 3: Summer Vacation, which is eyeing between $38M to the low $40Ms for a No. 1 win.

This may not seem like a big surprise or something news worthy to some people out there. But in the world of summer blockbusters and Dwayne Johnson instant star power, it is. Especially since this is the third film in the Hotel Transylvania  franchise. However, the self-aware action movie Skyscraper has a pivotal moment that according to Indiewire, sums up the entire film:

Dwayne Johnson is forced to crawl across the exterior of a giant building, using only mounds of duct tape wrapped around his hands. “This is stupid,” he sighs, marking a rare confessional moment in a movie struggling to engage its own ludicrous premise.

This movie, Indiewire continues, is a wannabe Diehard on steroids.

But you bet Nerdbot is going to see it anyway.

What about you? Which summer blockbuster is catching your attention? Tell Nerdbot about it in the comments and get the conversation going!