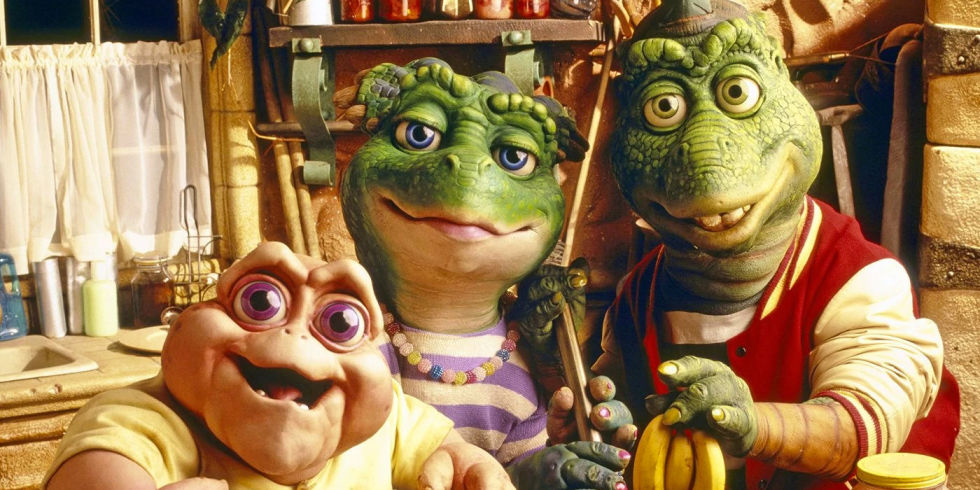 5 Most Embarrassing 90S Soundtracks (That We Listened To Obsessively)

Being a kid was great. Everything was fresh, new, careful, and innocent. That said, a lot of things (in retrospect) were also quite stupid and embarrassing. Especially the music we listened to. When I was a kid, I had this weird hi-fi stereo in my room where I blasted cassette tapes and CDs day and night. But my taste in music was supreme in the Land of Cringe, and today, this one is going out to the 90s Kids. Below are the 5 most embarrassing soundtracks that existed in the 90s that I just couldn’t get enough of. And you know what?

I bet most of you owned them, too.

5) The Simpsons Sing The Blues

The Simpsons Sing The Blues is the famed album where “The Bart Man” came from. While that song is more famous and was even played on the radio (because every TV character needed their own signature dance back then and even Always Coca Cola could become a radio smash), something about “Deep, Deep Trouble” always resonated stronger. It was weird, sad, depressing, and really embodied that bummerland feeling of The Blues that the Simpsons sang about.

That and some executive out there just really wanted Nancy Cartwright to keep “rapping”. Because that’s what the cool kids did.

While fun and nostalgic, the album is embarrassing to get walked in on while listening. Especially that “Sibling Rivalry” track. Yeardley Smith’s vocals on it are just rough. Like oof and work to get through.

4) Dinosaurs: Songs from the TV Series

This album was so shamefully humiliating to be caught listening to that I muted the volume on my laptop so no one I live with would hear me getting the link for the “I’m the Baby” music video. And because Baby Sinclair was the smash hit character on the show, this was the only music video they shelled out for. But you know you owned that album right along side with me. And I’ll tell you a secret: Six-year-old me loved Robbie’s song “I Want to Be King”. Loved it, damn it. That line “Everybody has fantasies; let me tell you my dreams.”. Ugh, sexual poetry to my baby ears. The rest of the songs were forgettable, especially “Eon After Eon”, “In A Perfect World”, and whatever song Earl and his co-workers sang.

3) (Both of) Mary-Kate and Ashley’s Albums

The embarrassment is boarding to the point of tears right now and I think I feel panic creeping up my throat? No other choice but to keep going, right?

In the midst of Full House mania, fraternal twins Mary-Kate Olsen and Ashley Olsen were multi-million, multi-media pop cultural sensations with the smartest lawyer that ever existed. Society were suckers for all the crap these two put out, and that included little girls everywhere who simultaneous hated these girls/were jealous of them/wanted them to be our best friends.

And I was no exception.

I had both of the Olsen Twins’ albums, Brother for Sale and the second I am the Cute One. I listened to them constantly and performed all the shitty songs alone in my room in between very involved/borderline creepy games of Barbies.

And you know that you rented Our First Video from Blockbuster Video, just the same as I did. Don’t lie. No wait, maybe you should. Whatever it takes to save face.

Carry On. Track seven. The reason any of us bought this American Sailor Moon album. Now, let me just clarify something real quick.

I love the songs on this album. The Sailor Moon English theme with the guitars. Carry On. Rainy Day Man. My Only Love. All that stuff. This soundtrack kicked ass.

But I didn’t buy it until I was like, thirteen or fourteen.

Which is way too old to be listening to this stuff without a least a little bit of shame creeping up your spine.

Sailor Moon would ultimately be my first official anime, the gateway drug that led me to become the Oldtaku I am today. It made way for Devil Hunter Yohko, Burn Up, Ranma ½, and all those other series I can’t seem to stop writing about. But this album, which I had to special order from Moby Disc in Woodland Hills, California (and it took two weeks for the damn thing to arrive) blasted into my ear drums in secret because I didn’t need to give my older sisters anything to make fun of me for.

That is, until I started buying bootleg anime CDs in Japanese. Take that, Sailor Moon English album! Dumped you for the good shit.

Everyone with a pulse and a TV in the late 90s saw the Pure Moods commercial on a seemingly endless loop. But not everyone was weird enough to buy it. But this commercial was a cruel, seductive trick. Something about it really made you feel like you were going to be swept away to some serene, magical utopia where everything was relaxing and wild ponies ran free. But really, upon listening to it, not only did I feel silly but I found myself criticizing the track list. I mean, listen to the TV announcer. “Set adrift with the timeless pleasures of Tubular Bells”? Fool, that shit was so effing haunted! It’s the Exorcist theme song! Don’t pretend it’s something beautiful and relaxing!

There was a fair amount of Enigma on this too, which my sisters had already purchased back in 1994 during their Enigma/Erasure/whatever European bands start with E phase. And “Sail Away” by Enya isn’t the fun three second clip it is in the commercial, but a full four-minutes of goofy synth music and chanting. But you know…even though Pure Moods really was the end of the 90s and the last stretch of embarrassing 90s soundtracks…

Did we miss any of your favorite embarrassing soundtracks? What did you listen to obsessively as a kid? Tell Nerdbot in the comments and get the conversation started!

Loryn is on Twitter, where she’s doing a botched version of The Bart Man, The Urkel Dance, and that crotch-pointing-Tequila thing Pee-Wee Herman does.

Lord of the Rings: A Story Through One Song