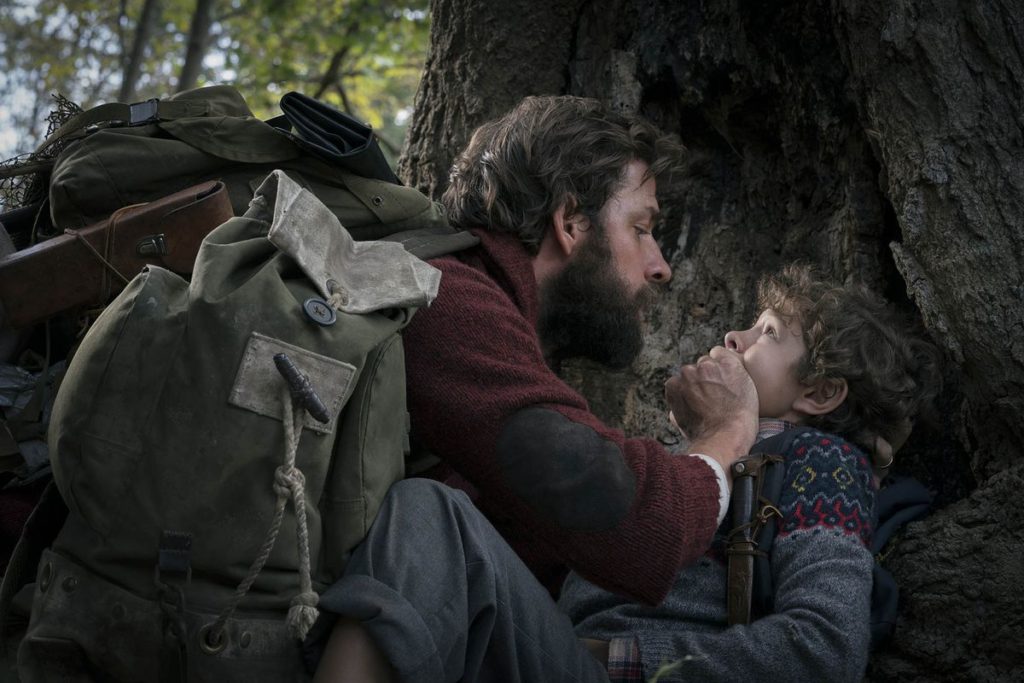 A Quiet Place, directed by and starring John krasinski, is quite the thriller. It will keep you on the edge of your seat until the very end. It follows a family of four that is unnamed throughout the entire film. To make things easier I’ll refer to the cast as Dad, Mom, Daughter, and Son. They’re just trying to survive whatever has plagued the earth.

What makes this movie stand out more than anything is the lack of actual words spoken throughout the movie. It’s little to none. It’s established very early on in the movie that making any kind of noise will indefinitely put you in harm’s way. With that being said, it’s easy to find yourself being scared of literally every noise that is being made in this movie. If it’s not wood creaking, a body of water, to even the wind. As previously stated little to no words are spoken throughout the movie. That alone is hard to do acting completely off your facial expressions and body language is definitely harder than it seems to be. And what words are said in the entirety of the movie have so much weight and emotion to it. If the movie was done any other way it wouldn’t have that same effect

Another great thing this movie has on its side is the visuals. The lighting in the movie is great the whole time it gives you that creepy horror factor. If it’s from a completely silent farm, to a dark scary hallway, you can definitely tell a lot of thought went into it. Even the costume design was great with Dad wearing solid colors showing off that he was the anchor of the family doing everything he can to hold it together. The son and daughter wearing children clothing but very dirty and dark displaying there loss of child like innocence. And lastly mom who for most of the movie she wore bright and colorful clothes to try to give them a light of hope.

It’s very heart warming at times as well because you do see these people, trying to still be a family. With Dad and Son having talks of becoming a man. Or the family even hanging out and having dinner together. It’s kinda easy to form a bond with this family.

But the movie did have some faults in is as well. The pacing of all the conflicts they face are rushed. And don’t give you a whole lot of time to soak in what just happened. One of the things you will find yourself asking is where did these monster come from? And why are they killing everyone? Where is everyone else and why haven’t they tried to contact nearby survivors? And how many people are truly out there alive because it’s made very clear that most of humanity is dead.