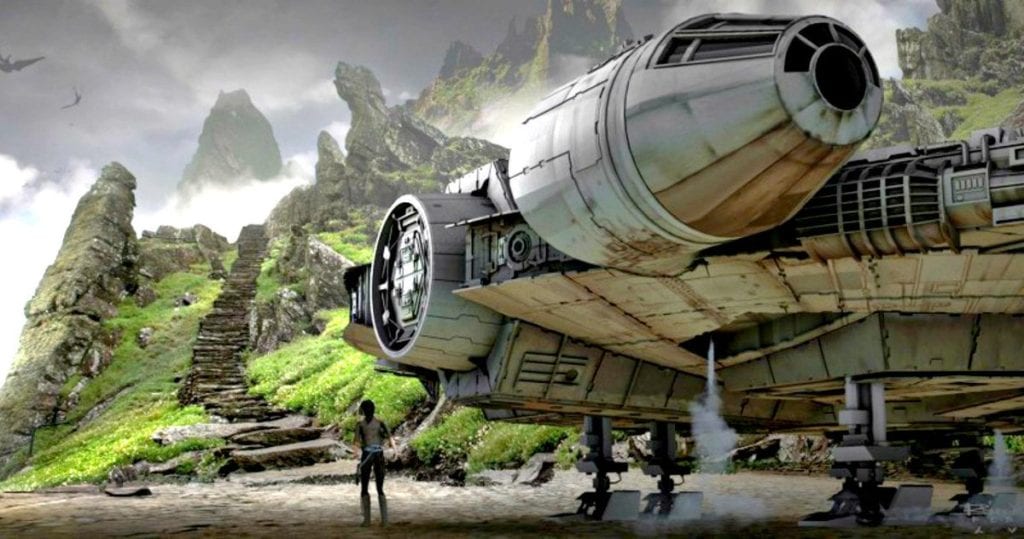 The Road to The Last Jedi

We’re less than two weeks away from our next epic installment of Star Wars. The Last Jedi is sure to be filled with a myriad of juicy plot points that enhance what we were introduced to in The Force Awakens. As fans we couldn’t help but cause mass hysteria, insane fan theories, and tons and TONS of memes.

Here We take a look back of some of our favorite moments from the anticipating months we’ve endured: 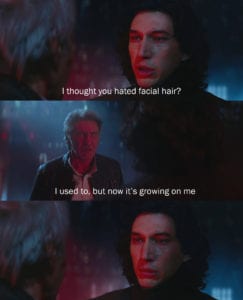 Our journey starts just after the new year began, and Episode 7 was still warm from delivery. Han Solo’s death was all but unexpected. The final confrontation between father and son dangled in the balance of the lighting crew. Thankfully the superb acting of both Adam Driver and Harrison Ford  create the perfect backdrop for countless dad-jokes that didn’t end well for dad, EVER! Still the final showdown between the two managed to make it’s way back to social media time and time again like some sort of internet-based Darth Maul. Combining the dark ending of a beloved character with some of the cheesiest puns out there apparently is internet gold! 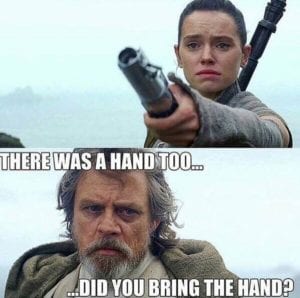 J.J Abrams and his team put an intense amount of effort into every scene presented. But it was the build up and final reveal that captivated audiences world wide. Seeing Luke Skywalker for the first time in decades created emotions that stuck with us long after the popcorn-butter had left our blood-stream. Questions about where the light-saber came from, who Maz Kanata is, and who Rey could be, all fed our imaginations. The powerful moment shared by Daisy Ridley and Mark Hamill is now cemented in the highest honors of meme history. 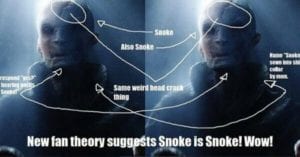 TFA introduces Supreme Leader Snoke. Info about his origin, his intentions, and why he is a hologram is the new best-kept-secret in Star Wars Town! Fans are even doubling down on their theories and reading up on the odds of actual bets at Sports Betting Dime. 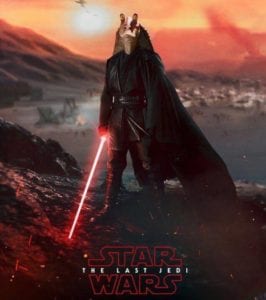 Where there is Star Wars, there is fandom, and where there is fandom, there is art, and where there is art, there will always be Jar-Jar Binks! From Poster art with Jar-Jar heads, to Fan Theories that honestly, rival many of the Snoke theories out there. Jar-Jar’s goofy stake in the Star Wars lore is one that fans can’t seem to shake. While we can come to expect a cameo or two in the onslaught of Star Wars movies to come, Jar-Jar memes are essential to any upcoming announcement that will always cause fans to take a second look.

Send In The Porgs

By midsummer we were finally introduced to the Porgs! Considered to be the new Ewoks, fans can’t help but be hopeful these fuzzy creatures aren’t going to be a troublesome plot device similar to the Ewoks in the original Star Wars Trilogy. With only a 2 second spot on the trailer, fans have been able to interact with these creatures via the local toy isle. Meanwhile, the Porgs inflict their merchandising vendetta on our souls. Shut up and take our money!

With literally only 3-4 minutes of footage to drool over, Lucasfilm does a great job of capturing the awe and mystery of the Star Wars universe in trailers. Across Youtube, countless home movies and interpretations display the dedication and admiration of fans from all walks of life. None is more present than this shot for shot re-creation of The Last Jedi trailer done completely in Lego by the team at Brick Force Studios:

Where there any memes or awesome fan moments we missed leading up to the premier? Let Nerdbot know in the comments!