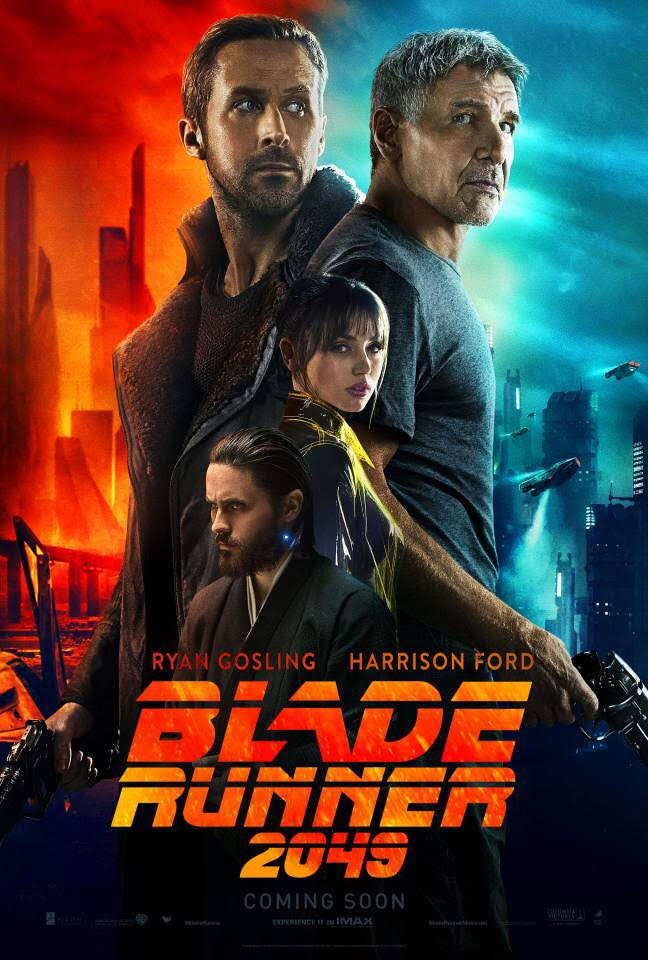 By [email protected]October 25, 2017Updated:October 25, 20177 Mins Read
Share
Facebook Twitter Pinterest Reddit WhatsApp Email
Photo Credits- Warner Brothers
What else is there to say about Denis Villeneueve’s Blade Runner 2049 other than amazing!!!
By now, if you haven’t seen it, you’ve been scrolling through Twitter seeing an over abundance of headlines trumpeting the highest of praise for the sequel to Ridley Scott’s 1982 sci-fi noir masterpiece.  And guess what? Those headlines are true.  It’s a rare moment when the internet can be largely in the majority of a positive opinion but honestly if you hate this movie I’m not sure what it would take to please you.  It’s funny, when we throw around a term like “masterpiece” most of the time it falls with the original film.  Only a handful of sequels in my life have lived up to the original.  While history will be left to judge the superiority between the two Blade Runner films, I can tell you now, in this moment, we have a sequel worthy of the comparison.
Villeneueve is slowly achieving deity status as a director in Hollywood and BR2049 is another example to supplement that argument.  I’m not a person who believes Pulp Fiction needs a sequel but if Villeneueve has some ideas… I’d definitely listen.
Per the usual I’ll keep this review as spoiler free as possible because believe me guys there are some, good ones too.  So let’s keep it simple and take a look at a couple of the elements that make Blade Runner 2049 a cinematic triumph and undoubtedly one of the best films of the year.
FYI – You will have to see Blade Runner for a complete understanding of BR2049.
Characters:

This movie is 100% Ryan Gosling’s movie.  Even though we are promised a dash of star power from the previews, Gosling is the front and center.  I couldn’t have picked a better thespian for the role of a future android hunter.  There’s something about that guy (other than his face) that you can’t take your eyes off of.  And yes, there is a plot twist with him introduced in the beginning, that pays off significantly in the end.
Harrison Ford’s role was also no secret but when he is introduced fit the story well and was done in a way that didn’t steal the film from Gosling.  More of a plot driver than a cameo for cameo’s sake.  The placement of his introduction in the film is key as there is a reason for him to show and when he does, it just goes uphill.
Jared Leto’s Niander Wallace, though brief, reminded me of exactly why I like Leto as an actor.  There words, “short but effective” is the best way to describe it.  What he lacks in screen time, he makes up for by being one of the most unforgettable characters in the entire cast.  He nails this Elon Musk turned unofficial savoir of civilization and as I left theater I was convinced he was the only person I could legitimately say needed more minutes with the audience.  But in retrospect, I realized that he was in it for the perfect amount of time.

It was hard for me to define the outright female lead.  There were four actresses who could have easily been dubbed as the “leading lady” but the amount of characters and over two and a half hour run time of the film, didn’t call for a traditional casting.  The closest role to the lead belonged to Ana de Armas who played Joi, Agent K’s primary love interest.  Their relationship is rather unique and something that takes the originality of Spike Jonze’s Her, and cranks it up to eleven. Robin Wright owns her role as a Lieutenant Joshi, Gosling’s boss at the LAPD.  Mackenzie Davis, who I thought was going to be the new Pris, proved me wrong as I found out her part is way larger than that.  Finally, Sylvia Hoeks, Wallace’s number two in charge replicant, gave an antagonistic performance which easily rivals Rutger Hauer’s.
As far as the rest of the supporting cast, everyone did their jobs accordingly.  Over the next few weeks you may see articles about who “the real hero” of BR2049 was.  I’m sure you will have your choice, but any argument that could be made, at the way least is worthy of consideration.

Plot:
You ever hear anyone say phrases like “what’s the point of another (insert title here) movie after all this time?” I’ll admit, even I questioned the reasoning for a second Blade Runner installment.  But after seeing BR2049, I can tell you that all of the right decisions were made to create an original story in an world created over thirty years ago.  It doesn’t feel forced, it’s not corny, and actually feels like story that should be told.  Like they took the same foundation and built a new house on top of it.  Obviously this part is where the difficulty of spoiler revealing becomes a true test, just know that the first movie is a big part of the sequel.  At any point when you think you have everything figured out, you don’t.
If you would like a hint… remember the voiceover from the trailer… “I have the lock, and he has the key”, without giving too much away, there’s some weight to those words.
The World Of Blade Runner:

No joke, keeping consistency with the already established world of Blade Runner is probably at the top of the list of importance for the film.  Even more so than story, characters, theme, camera work, everything,  If Villeneuve and Cinematographer Roger Deakins botched the setting or shots of it in any way, made thing too much or not enough, the whole thing would crumble.  The appearance of is key as the atmosphere is what contributes the most to the iconography of Blade Runner.  The image of ads projected on buildings, flying cars, even the umbrellas look the same.  So they have it snow now in California, who cares? When you remember the original, I’m sure you know what it’s about.  But the shots of mega-city Los Angeles in the future is what is branded in your mind.

I’ve always struggled to define the term “cyber-punk” (basically high tech, low life) but if you were to ask me what it meant… I would point you to a movie theater showing BR2049.  Villeneuve and Deakins did their homework on this one.  It’s like they took everything that couldn’t be done in the first movie due to technology, and did it, with perfect execution. Granted you have a classic of the science fiction genre to base your set design, but even the scenes outside of Los Angeles fit the mold of the original product, truly conveying the desperation felt by the human race in this version of the future.
Honestly, there so much to be happy about, I could go on forever.  Just go see this movie… now!
For fans of the original or science fiction Blade Runner 2049 will not disappoint.  In the on going “do we really need this” debate in the entertainment industry I can say confidently, that we needed this film.  Going into it, you may not see the need, but by the time it’s over, you’ll understand how this sequel has truly finished the Blade Runner story.  It may even make you re-think your stance on the state of originality in Hollywood.  I know I did.
On a personal note, I went with a friend who lives and dies by Blade Runner and to see him almost break down in happiness tears put this sequel on a whole other level of significance for me.
Nerdbot Rating: 9.5 Out Of 10
By Adam Chmielewski
@PolishKaiju
Did you Enjoy BladeRunner 2049? Let Nerdbot know in the comments!