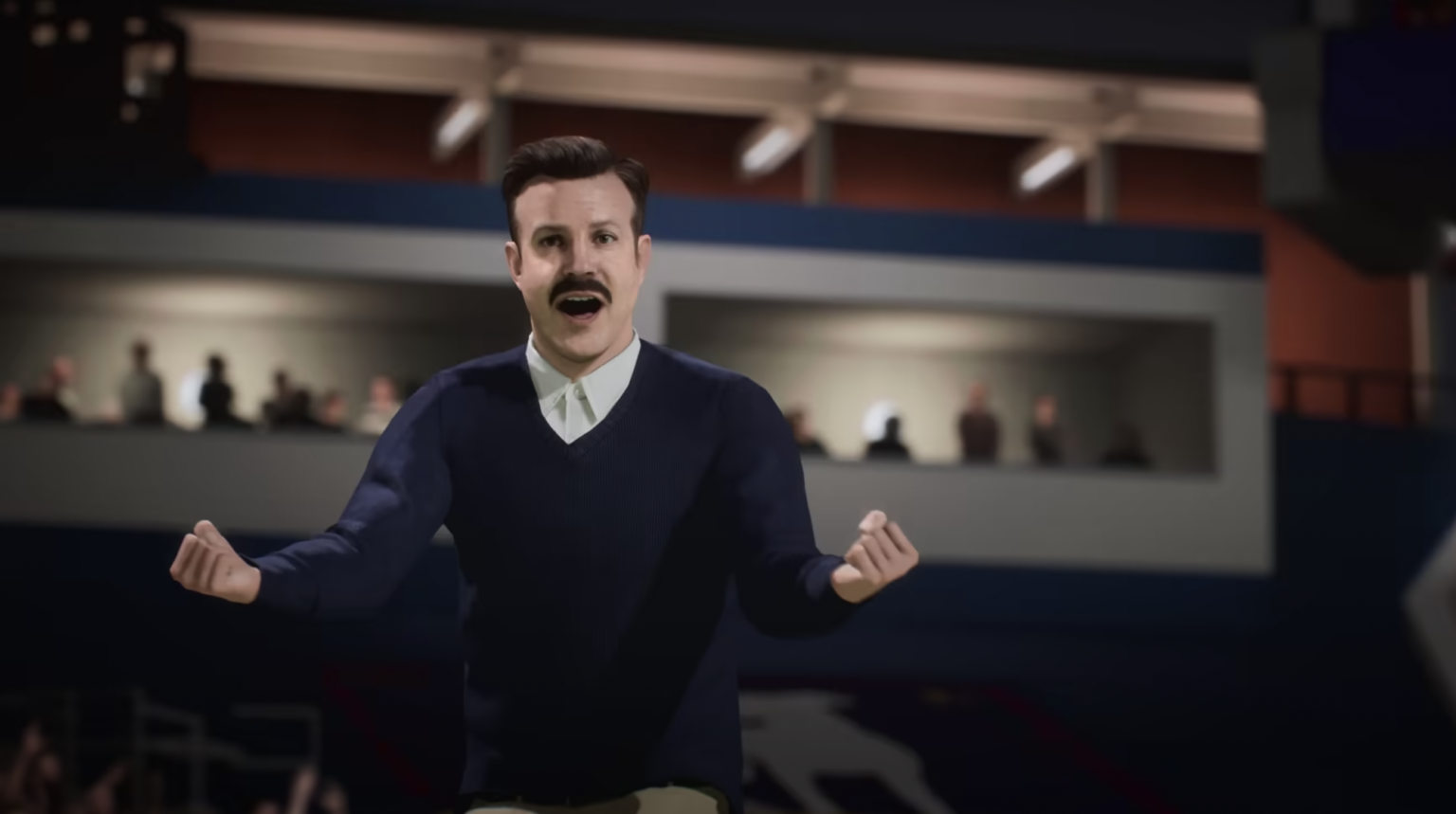 If you’re a fan of AppleTV+’s smash hit series “Ted Lasso,” you may want to pick up “FIFA 23.” The latest installment of the ever-popular soccer/football video game brings our favorite mustached coach and his team to a console near you!

“Ted Lasso, Coach Beard, and the biggest stars of the AFC Richmond squad including Jamie Tartt, Dani Rojas, Sam Obisanya, Roy Kent, and Isaac McAdoo will all be authentically integrated into FIFA 23, along with Nelson Road–the club’s home ground,” EA says about the reveal. “One of the game’s great motivators, you’ll be able to select Ted Lasso as your playable manager in Career Mode, or you can manage AFC Richmond by swapping them into the Premier League or any other playable Career Mode league.”

Ah, Roy Kent before his retirement from playing!

“Experience unrivaled authenticity in EA SPORTS™ FIFA 23 with football’s biggest stars and teams. Take to the pitch as 19,000+ players across 700+ teams in more than 100 stadiums and in over 30 leagues, including women’s club teams for the first time in EA SPORTS FIFA history. FIFA 23 is the only place you can play on the world’s biggest stage in both the men’s and women’s FIFA World Cup™ tournaments, as well as the iconic UEFA Champions League, UEFA Europa League, UEFA Europa Conference League, CONMEBOL Libertadores, CONMEBOL Sudamericana, Premier League, Bundesliga, and LaLiga Santander. FIFA 23 will include exclusive licences for some of the world’s greatest football league competitions including; The EFL (English Football League), Barclays FA WSL, Major League Soccer, and MBS Pro League. It will also include authentic licences for; Division 1 Arkema, Serie BKT, the CSL – Chinese Super League, the Dutch Eredivisie, the Indian Super League, Liga Profesional de Fútbol, Poland’s PKO BP Ekstraklasa, and more.”

Coach Lasso and the Greyhounds will be playable starting September 30th. Check out the trailer, and catch seasons 1-2 of “Ted Lasso” on AppleTV+ now.

Here’s hoping we get Rebecca, Keely, and Higgins too!