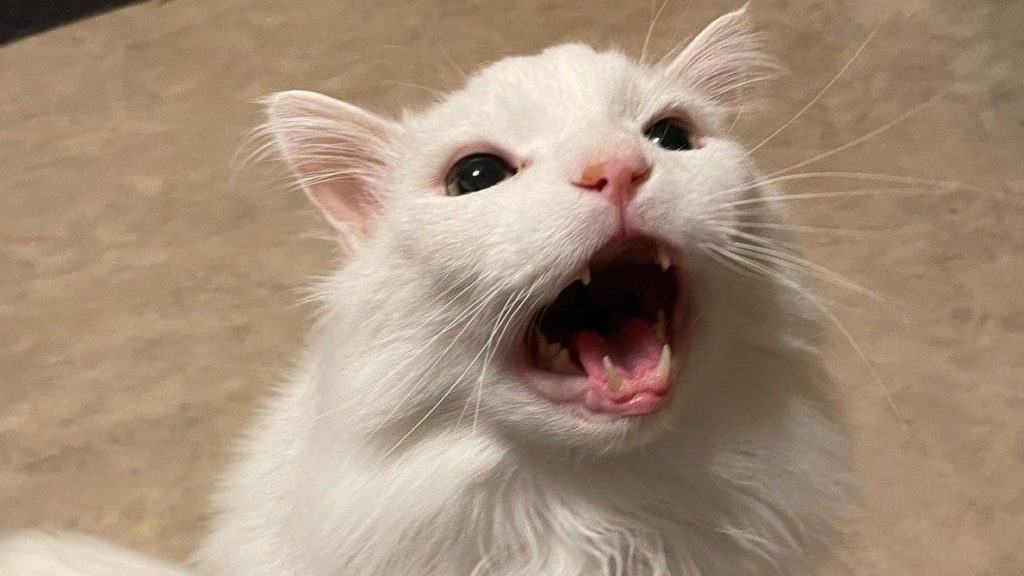 Collective hearts are broken to hear the news that Thurston Waffles, the instagram-famous, very meme-able feline, has passed away. Owners Matt and Shelli posted a heartbreaking message to followers September 7th, 2022. Large, white, and fluffy, Thurston was famous for his shouty meows, “tap dancing”, and bratty behavior that his owner and fans couldn’t get enough of. It’s some of the saddest news to report.

A source of joy for many, and the progenitor of thousands of memes, it’s hard to believe he’s gone. According to his owners, Thurston had been fighting what was thought to be a sinus infection for some time. Unfortunately, it was discovered to be nasal cancer. Two days later, in comfort and warmth, Thurston passed away peacefully. Millions of fans poured out their love for the feline at the news, which continues even now.

Thurston became a star to the surprise of his owners. “Our intentions were never really to have Thursty become a meme: He was always a superstar to us. But it was fun to see other people laugh at the things he did.” But we all know the internet adores cats and cat videos. And Thurston was unique. So to see this snowy fluffball, or “rageaholic feral child” as owner Matt puts it, delighted us and brightened up our days. Thurston grabbed our hearts from day one.

As well as being a cat worthy of thousands of memes, Thurston’s owners also coined terms many a cat owner now uses to describe their own kitties: Shrimping, Stumping, and St0nking to name a few. All descriptors of Thurston’s many idiosyncrasies.

If there’s a silver lining to the passing of this beloved feline, it’s that the internet has immortalized him. Unless there are plans to delete the account, Thurston can be loved forever. And there’s something comforting in that. Rest in peace, Thurston Waffles. King of Shrimping, and practitioner of the St0nk. You will be sorely, painfully missed.