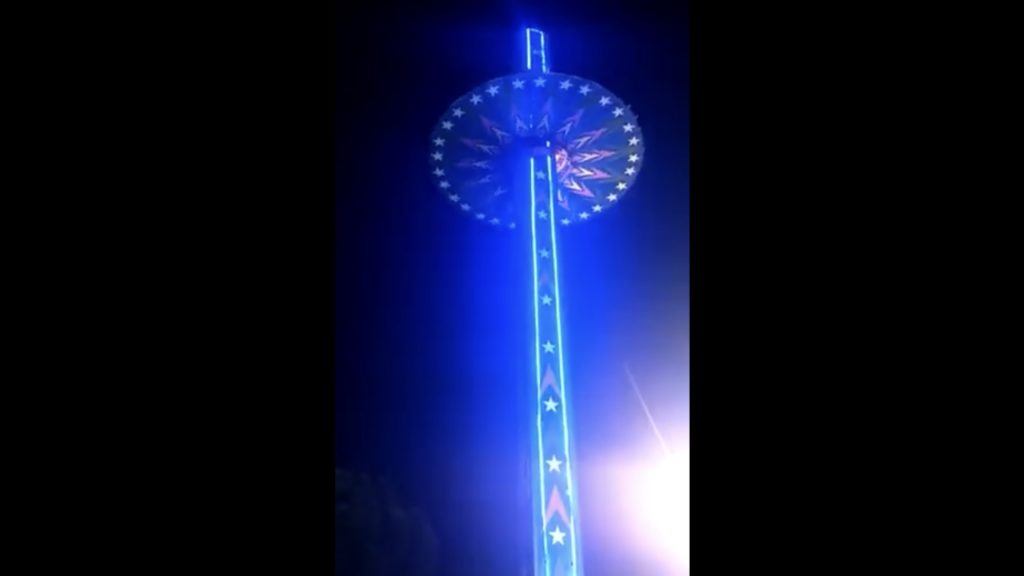 Have you ever been afraid of rides at theme parks because of the threat of a malfunction? While it is likely that won’t be happening to you, it has happened to many people in India’s Punjab state, specifically Mohali a district of Punjab. Probably the worst ride it could happen on too. The drop tower. An attraction that takes its passengers spinning to the top of a tower and then drops only to capture them before arriving at a block.

A video recorded the incident shows it sent the dozens of people aboard right into the ground. The most frightful part was that it had spun to the highest tier possible before finally coming undone and suddenly dropping. A clip of the incident was captured and tweeted by Nikhil Choudhary, a journalist for the Hindi-language broadcast TV9. It was reported that around 16 women and kids were taken to the hospital following the incident. Thankfully no fatalities were reported on Sunday the next day.

The fair organizers responded by saying the ride had “technical issues” as per the reason for the malfunctioning ride and that they would cooperate with police on the matter. This news comes from the Hindustan Times. Mohali Commissioner Amit Talwar said that there will be a swift investigation into the defective ride and that “strict action” would be taken. Apparently the fair organizers had gotten an extension approved for the fair grounds to continue until September 11th. No news was reported on if that extension will continue or not. One can hope that in the days coming that the death rate for the rides breakdown remain zero and that no other attractions have incidents such as this.