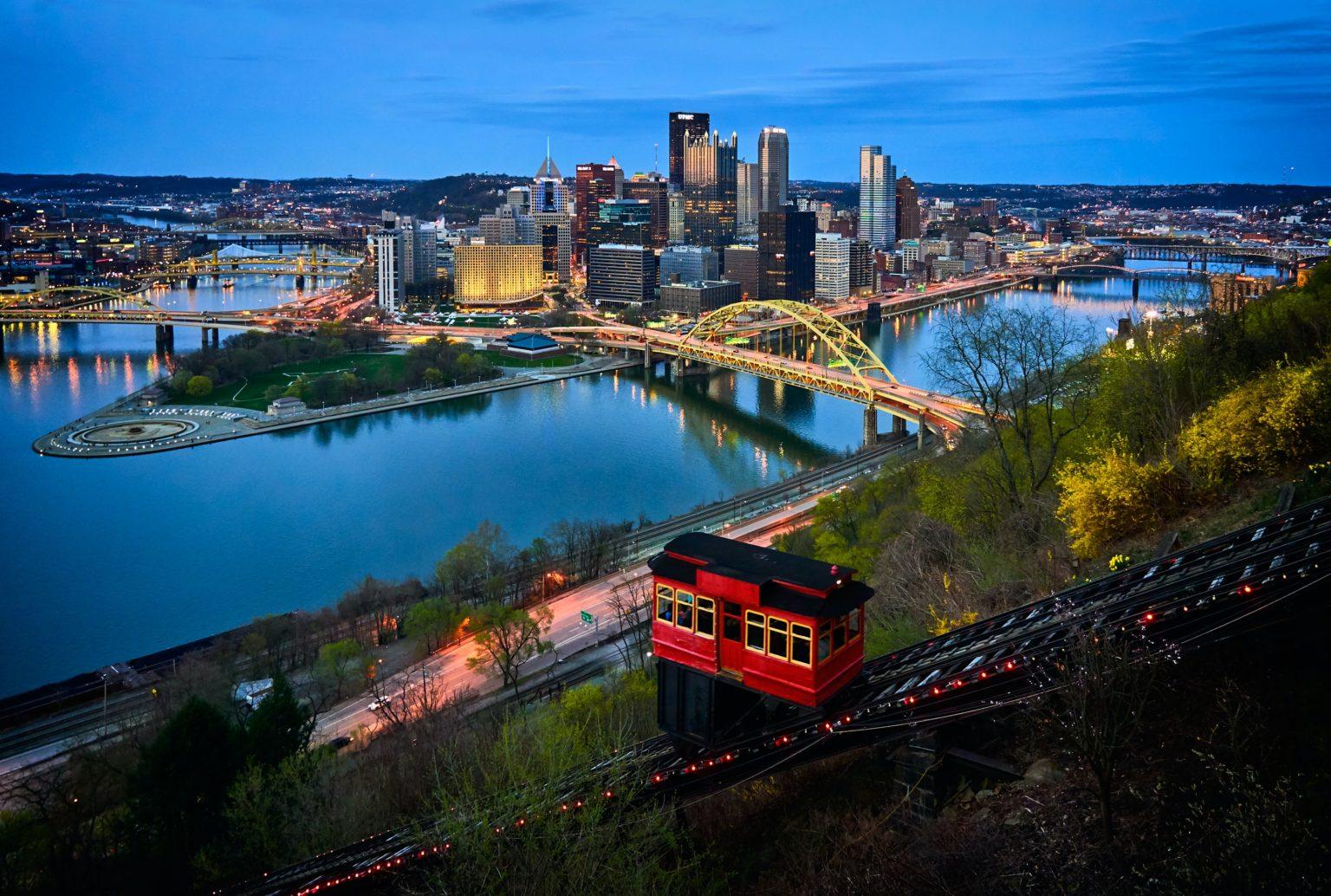 These iconic 72-stone steps are featured in one of the most iconic movies of all time, “Rocky”. These 72-stone steps have become known as ‘Rocky Steps’. Tourists visiting this location are often seen gimmicking the famous Rocky Climb. After the completion of the movie, the actor Sylvester Stallone donated the bronze statue to the city of Philadelphia which later in 2006 found its way to the bottom of the famous steps of the Philadelphia Art Museum.

The epic battles of alien robots in Transformers: Revenge of the Fallen were set at this unique industrial area in Bethlehem. This Steel factory, once one of the largest steel-producing factories in the US has been transformed into a 10-acre campus dedicated to arts, culture, and events.

Pittsburgh has been one of the favorite locations of motion pictures and television shows since the 90s, because of its rich film history many film festivals take place here every year. The film “‘The Perks of Being A Wallflower” featured a famous scene of Emma Watson riding through the tunnels onto the Fort Pitt Bridge with her arms spread wide. And another famous movie “The Fault in Our Stars”, featured St. Paul’s Episcopal Church and Mansion of Fifth which is located in Pittsburgh.

The areas encompassing portions of Carbon, Pike, Monroe, and Southern Wayne counties are collectively called the Poconos. Home to thousands of beautiful locations, the Poconos is considered a great place for film shooting and you can also find grand and glamorous houses for filming. Classic movies like “Informer” famous TV show “The Office” and the critically acclaimed 2010 drama movie “Blue Valentine” were all filmed in the Poconos.

This 4000+ seat multi-purpose arena in Johnstown was featured in one of the biggest cult classic movies ever, “Slap Shot”. Many scenes of the movies were filmed around Johnstown.

The 1986 academy award-winning thriller movie, “Witness” released in 1985 featured several Pennsylvania towns like Lancaster, Intercourse, and Strasburg. 1999 debut movie “Girl, Interrupted”, 1998 movie “Beloved”, and 1978 classic “The Boys From Brazil” are some of the movies filmed in Lancaster and nearby areas.

Hershey is an amazing place with lots of attractions, one such main attraction here is Hersheypark. The theme park found its way to one of the period sitcom TV series “The Goldbergs”.

1968 classic horror movie “Night of the Living Dead”, the movie that revolutionized the zombie genre featured and made Evan City Cemetery famous. Some of the most iconic scenes were filmed at Evan City Cemetery. The Nearby area, Monroeville Mall was also featured in ‘Dawn of the Dead.

Based on the biography of a notoriously famous American union boss, Jimmy Hoffa who mysteriously disappeared, the movie “Hoffa” was released in 1992 and traces his struggle, relation with mobs, conviction, etc. The movie had scenes filmed around Raystown Lake. The movie also featured Lewisburg Penitentiary.

Based on a ‘supposedly’ true event of a police record in Philadelphia in 1950. The classic sci-fi movie “The Blob” was filmed in Phoenixville. The iconic Colonial Theatre was featured in a crucial scene. In 1978, the theater also cameo in the movie “Grease”.

Gettysburg, a movie released in 1993 tells the story of the bloodiest battle ever fought on American Soil.  Most scenes of the movie were filmed in the actual location of the battle, in Gettysburg.