How To Choose a P10 LED Display?

LED displays are always changing. There are a variety of displays on the market today, each with its own set of features. The full color led display is one such example. If you’re new to the scene of LED displays, terms like pixel pitch may be perplexing. On the other hand, Pixel pitches are one of the most crucial factors to consider when purchasing an LED display.

Pixel pitches represent the display’s pixel density. The pixel ratio of the screen determines how your image will appear from a long or short distance. We’ll talk about the OEM p10 full color led display with a value of 10mm in this article.

What exactly is the P10 LED Display?

LED displays having a pixel ratio of 10mm are known as P10 LED displays. As an array of 512 high-intensity LEDs, these LEDs are placed in a rectangular plan on a plastic backdrop. They’re quite common as outdoor LEDs because they can be seen from a great distance. Due to a 20-watt power load and a 5-volt current input, P10 LEDs can generate a high brightness level.

The sophisticated P10 LEDs can generate a wide spectrum of colors using base colors. On the other hand, the ordinary ones can only produce colors in red, blue, and green. Each lead of different color light can create a dramatic effect. P10 LEDs have a grid with 32 LEDs for each column & 16 LEDs in each column on their screens.

Compared to P6 LEDs, OEM p10 full color led display can provide a greater viewing distance. They’re ideal for digital billboards and advertising film walls because of this. The following are some of the most common P10 LED display specifications:

Even those observing from afar can benefit from the high quality and sharp image of p10 LEDs. These displays are quite popular in various businesses due to their versatility, and they work particularly well at festivals and large gatherings. As a result, it functions well in outdoor settings.

The P10 LED display has the following features:

P10 LEDs offer a wide range of applications. The following are some of its characteristics:

The OEM p10 full color led display has excellent brightness. The LEDs have a 20-watt power load and a 5-volt current input. As a result, the brilliance of these LEDs is exceptional. The luminosity of p10 displays allows the image to be seen even in direct sunshine.

Pixel pitches have a significant impact on image resolution. The larger the pixel ratio, the better it is for looking from a distance. As a result, p10 LEDs, with their 10mm pixel pitch, is ideal for long-range viewing. The image quality will be extremely clear even if you watch the screen from a distance or a higher point.

The heat dissipation system for the OEM p10 full color led display models is superb. As a result, the warmth does not become caught, preventing its display from warming up. Heat can shorten the life of electronic devices. These LEDs have a longer lifespan than those that heat up rapidly due to their cooling system.

The P10 LED Display has a high contrast ratio. These LEDs generate a higher-resolution and crisper image. LED provides a high-definition visual experience because of the contrast between distinct hues. You can readily notice the details of an image with great contrast without straining the eyes.

Rather than just a single panel, the flexible p10 displays feature individual panels. Individual panels emit light, which causes an image to appear on display. You have the freedom to choose its size or shape with modular LEDs. It also makes it easy to travel and carry.

These OEM p10 full color led display models to provide a high level of smoothness. The smooth surface improves your spectator experience and improves the attraction of pictures.

P10 LED screens are extremely adaptable. They’re used in a variety of industries. Online ads & advertising video walls would be the earliest and most essential applications. P10 screens are ideal for digital billboards since they are ideal for distance viewing. Billboards are erected in both indoor and outdoor locations. 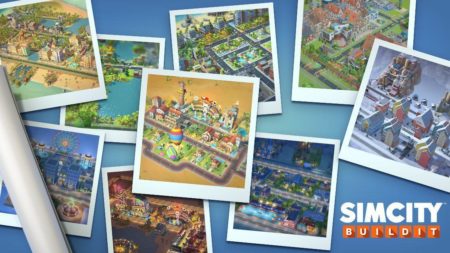