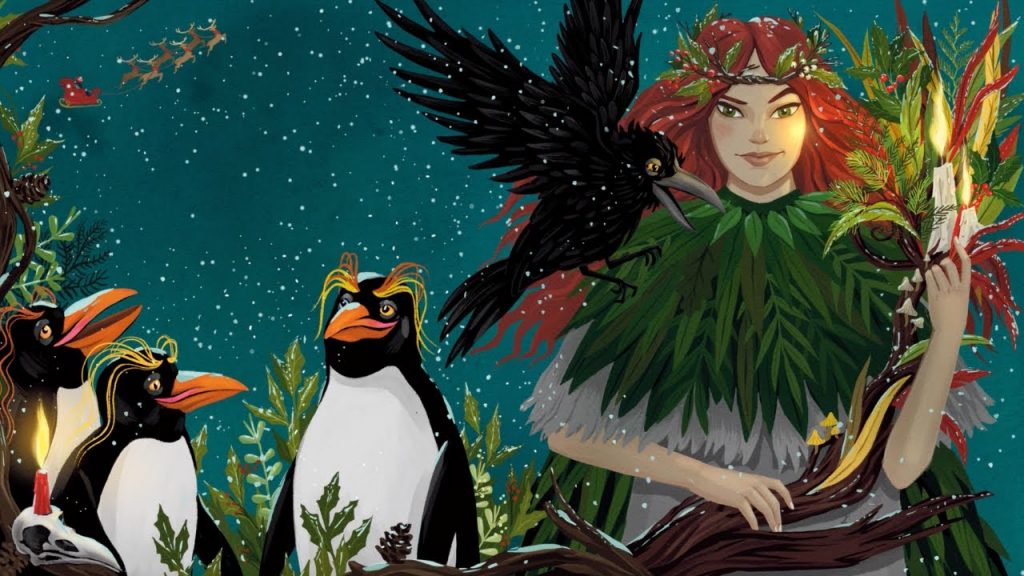 If you’re looking to buy a great gift for someone who’s a little unconventional then we’ve just found the perfect thing. Dan Murphy and Aubrey Plaza (“Parks & Rec,” “Legion”) have published a book called “The Legend of the Christmas Witch.” The book is beautifully illustrated by Julia Iredale and is about Santa’s long lost twin sister, Kristtōrn.

The official description for The Christmas Witch reads:

Her story begins many, many years ago when her brother was torn away from her as a child. Raised alone by a witch of the woods, Kristtōrn’s powers of magic grew, as did her temper. Determined to find her long lost twin, she set out on a perilous journey across oceans to find him. But what she found instead was a deep-seated fear of her powers and a confrontation that would leave the fate of Christmas hanging in the balance.

From award-winning producer and actress Aubrey Plaza and her creative partner Dan Murphy comes a holiday story unlike any told before. With all the richness of classic folklore, they’ve woven a tale of bravery, love and magic. Whatever you thought you knew about Christmas…think again.

The book is set in the world of fantasy and illustrates how many of our traditions come from pagan and ancient celebrations. Plaza even dressed up as The Christmas Witch, and in interviews has been telling more and more of the story. This book would be a great gift for anyone who celebrates Christmas without the Christianity aspect or just a fan of Aubrey Plaza.

You can pick up a copy of “The Legend of the Christmas Witch” on Amazon here.