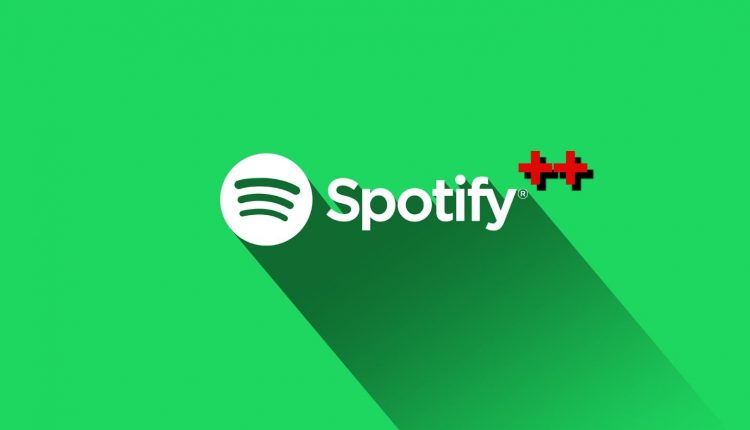 On your iPhone, iPad, or iPod Touch, CokernutX can assist you in downloading and installing paid apps and games for free. It has similar features to more well-known apps such as Panda Helper, AppValley, Tongbu, and TweakBox App. CokernutX App has fewer apps and is less likely to be revoked by Apple. It is also compatible with iOS 13.5 and later.

Spotify is the most widely used music streaming service on the planet. Spotify currently boasts hundreds of millions of subscribers, with about half of those paying for the premium version. Spotify++ is more feature-rich than the original Spotify app or it can be said it is equivalent to its premium version. The fantastic programme allows you to pair your Bluetooth headsets with your device and listen to the most recent and beautiful hits for free. You can make as many song lists as you want in the playlist folder, depending on your mood and situation.

Simply make a playlist folder and name it to get straight to your favourite song without having to look for it every time you want to listen to it. You can combine several son genres in a single local folder with over 30 million songs in a single programme. In addition, the amazing mobile app allows you to check your song history and play them again if your playlist isn’t ready yet. The small queue button displays all of the previously played songs, allowing you to select your favourite.

You get the following features with Spotify++

First and foremost, No Ads

The standard Spotify app alternates between three songs on your playlists, playing a 30-second audio clip every 30 seconds. Those advertisements are quite aggravating. However, there are no advertisements in the Spotify++ app.

5 Things You Can Do With A Proxy

Not only is it a waste of time and data to have decent headphones or speakers and listen to songs in low-quality audio. Low, medium, High, and Extreme are the four levels of audio quality available on Spotify. Only premium account users get access to high-quality audio. Spotify++ is a free app that allows you to listen to your favourite music in high-quality sound. It plays music at a bit rate of 320 Kbps, which is regarded to be of high quality.

The standard Spotify app does not allow you to skip through your playlist. However, our Spotify++ app allows for limitless skips, allowing you to listen to any song on your playlist.

Before Spotify++, the only method to listen to music was to use the shuffle feature. You couldn’t make your own queue and put things in the order you wished. You couldn’t go into Spotify’s distinctive playlists like Daily Mix, Discover Weekly, Top Hits, Release Radar, or Rap Caviar without having to shuffle through them, either. This isn’t the case anymore. With the Spotify++ app, you can now choose the music you want from any artist at any moment.

The storyline is a Spotify feature that allows you to access behind-the-scenes details about artists’ songs directly from them, which is as authentic a source as it gets, and shows it like an Instagram storey. The behind the lyrics feature, which presents insights into the song’s lyrics in a moving carousel of cards, is another interesting feature. The plot function, which is similar to the behind-the-lyrics feature, is also available to Spotify++ users

Check out this full guide to Download Spotify++ for iOS using CokernutX store.

How To Watch All Your Torrents In A Secure Way?