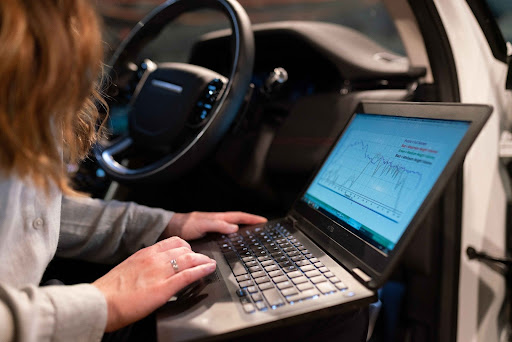 How Automated Testing Is Used In Game Development?

If you are a game tester, you’re probably looking for how to simplify your work. Combining your love for game testing with automation can make you more efficient and productive. Besides, it will play a significant role in helping your company create games with a longer lifespan than before.

However, many gaming testers don’t know how to incorporate test automation into game development effectively. If you are struggling to infuse it into your strategy, then this article is for you. It will discuss everything about automated testing in game development.

You will also learn how you and your team can effectively implement automated testing in the game development process.

Here’s all you should know.

What’s The Benefit of Automated Testing in Game Development?

Before you think of implementing automated testing, you should know why you need it. Well, every company or software tester adopts automated testing for various reasons. But then, let’s examine why it is important to use test automation tools for game testing.

One reason to automate testing in game development is to save costs—manual testing bars testers from conducting repetitive tests. However, bringing automation tools into the process makes it possible to cut the overall testing costs in the long term.

Many testers shy off from using automated testing because of its initial costs. Well, the reality is that automated testing isn’t expensive as a whole. You can save a lot of money if you can adopt and infuse it into your game development process.

It would be best to consider using automation testing software in game development because of its fast speeds. Manual testing involves humans from the first to the last step of the process. With automated testing, you introduce automation tools that can work faster than humans.

Automation testing software in game development is a time saver irons out bugs faster. With these tools, you could end up reducing the time spent to deliver and investing it in developing more games. In the end, you get to deliver more high-quality software that meets the market demand. As a result, you make your customers happy with a bug free experience while gaming.

Another significant benefit of automated testing is that it increases testing accuracy. As a tester, you know that the better the accuracy, the higher the chances of finding bugs. Also, the earlier you note bugs and fix them, the better the experiences users will have with your game.

Thus, automated testing impacts the quality of games released to the market. This, in turn, translates to higher client satisfaction and good reputations. Many game developers and testers are adopting test automation tools for this reason.

How To Use Automated Testing In Game Development

Here’re three ways you can use automated testing in game development.

Also, you can use automated testing tools to run UI tests. But these must only be scriptable tests to make the process easier and faster. Such tests help testers compare the behavior of the games that they develop with the expected behaviors under different circumstances.

Using automated testing tools to test your massively multiplayer online (MMO) game server is also possible. Like UI tests, it helps to simulate typical MMO server transactions to get the best view that will help you compare actual game behavior with the expected.

But then, manual testing can make it difficult to detect all bugs in a game. It is tedious and time-consuming, making it ineffective for most companies. That’s why more software testers and game development companies are adopting automation testing tools and implementing them.

Game developers must ensure consistency in their processes. The best way to ensure this is by comparing product development performances. For instance, you can compare aspects of the games you have in the market with the ones you’re currently developing.

Also, you can compare your performances with your competitors’. Start by identifying the areas that you need to measure then write a checklist of what you can automate. You can then deploy automated testing tools to help you measure those metrics, then compare and analyze them.

Incorporating automated testing in your plans is one of the best ways to increase productivity. As a software tester, you understand how tedious manual testing can be. It can be even more daunting when testing games because of the many aspects that require testing.

This article has provided essential insights that can help you utilize test automation tools more efficiently. It has discussed the benefits of automating tests in game development. It has also explored how you can get automated testing into your game development plan.