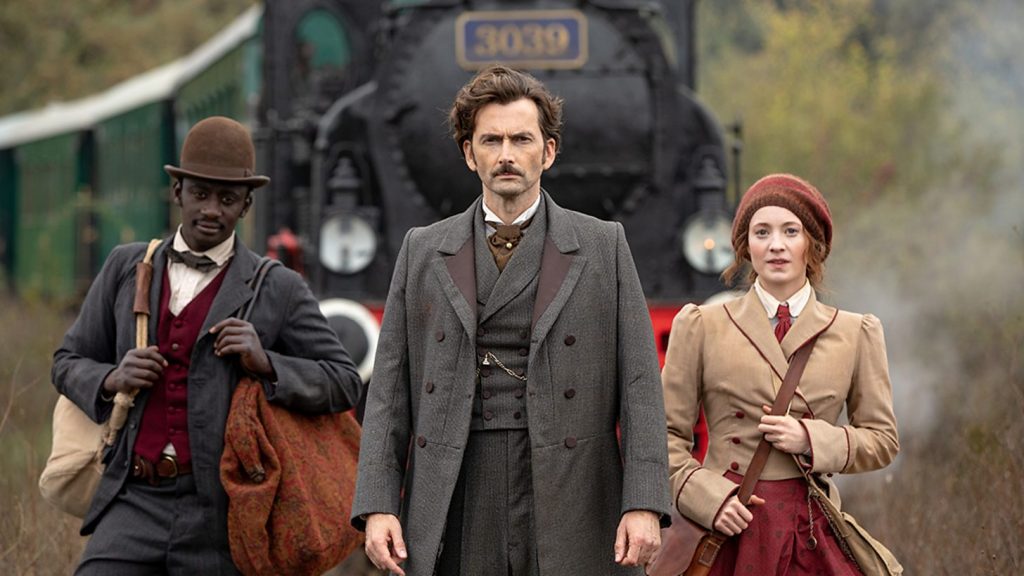 David Tennant is set to star as Phileas Fogg and head “Around the World in 80 Days.” Tennant will play the protagonist of Jules Verne’s adventure classic. In this latest adaptation, he’ll be joined by Ibrahim Koma as Passepartout and Leonie Benesch as Abigail ‘Fix’ Fortescue.

Verne’s tale follows the story of Fogg, who accepts a wager that he can travel around the world in the titular amount of time. Despite logic, he bets half his fortune that he can do so, and embarks on the adventure of a lifetime.

No stranger to epic travel with companions, you can get a taste of Tennant and co’s adventures in the first trailer (scroll down!).

The series was shot on location in Europe (including Croatia and Romania) and Cape Town, South Africa. Like many other productions, it faced delays due to COVID. They finished filming in March of 2021.

Adding a bit of audio pedigree to the project, Hans Zimmer serves as composer on it.

This is not the first nor likely the last adaptation of “Around the World in 80 Days.” The 1956 film version won five Oscars, including Best Picture. It starred Shirley MacLaine, John Carradine, and Robert Newton. In 2004 the story was re-made once again starring Steve Coogan and Jackie Chan. That version won absolutely no Academy Awards. We know, we’re shocked too.

For those looking for a more realistic approach we recommend the BBC docuseries “Around the World in 80 Days with Michael Palin.” It starred other “Monty Python” alum Michael Palin attempting to recreate the route (sans airplane as that would be anachronistic).